GlobalHue’s Juan Bonilla is in the business of ideas, and the agency’s clients are all ears. How he is delivering unprecedented insight into the multicultural market 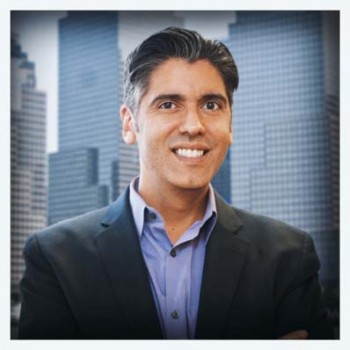 As the consumer landscape has changed, GlobalHue, a New York-based marketing and advertising agency, has evolved its multicultural vision to a total-market focus. “Given the population growth of Hispanics, African Americans, and other segments, and the influence those groups have, it’s become clear that multicultural segments will eventually be the majority, and we’re adapting,” says executive vice president and group account director Juan Bonilla. Below, he describes some of his firm’s culturally relevant initiatives.

The 2010 census showed significant growth in the Hispanic population, and the segment has become much more dynamic, with a projected $1.5 trillion buying power. GlobalHue has developed the Hispanic Center of Excellence, which is refocusing the agency’s knowledge of the market to deliver informed campaigns for clients. “It used to focus on language and the idea of being second-generation, but now it’s about much more, and we want to dig deeper to understand how,” Bonilla explains. To do so, he has been trying to “dimensionalize” the US Hispanic differently than the competition does. “We have key stakeholders across all disciplines, and our job is to canvas the marketplace to identify underlying trends that are bubbling up so we can produce campaigns that are relevant to the Hispanic consumer,” he says. Their research has been particularly effective with technology clients, because of Hispanics’ proficiency with technology.

How did you get into this line of work?  I’ve been in advertising since my first day out of college, and worked in the general market until two years ago. I’m bilingual, bicultural, and second generation, born and raised in New York by Puerto Rican immigrants, so the shift made sense.

Were there any challenges to the transition?
Client relations can have a different dynamic at times when working on the multicultural side of the business. In some instances, I’ve had to fight for a seat at the table. But the great thing about coming from the general market is that you bring some gravitas, and I think clients appreciate my insight when I can say, “Yes, that’s a general truth, but here’s how it actually resonates with Hispanics.”

What inspires you?
Creativity and innovation. Seeing an idea blossom. We’re in the business of creating experiences, and I love that. I was once in a meeting in which we presented a strategy for a pharmaceutical brand, and the way we told the story was so compelling and emotional, the clients had tears in their eyes.

GlobalHue—which rebranded to its current form in 2002 when Don Coleman and Associates, an African-American agency, acquired Montemayor y Asociados, a Hispanic agency, and Innovasia Communications, an Asian agency—has maintained its roots in the African-American segment. The focus on African Americans was historically overshadowed by Hispanics, because they didn’t have the language differentiator of Hispanics. But, says Bonilla, African Americans still make up 13 percent of the US population, have a propensity to influence popular culture, and are the largest Internet content creators, with a heavy use of social media. “Race is still an important part of this segment’s identity, and we really want to uncover where we need to create different communications for it,” Bonilla says.

“While our focus is multicultural, it’s necessary to differentiate millennials, because their makeup and mind-set is different,” says Bonilla of the second-largest cohort in the United States. “It’s more multicultural than any other generation, it has embraced multiculturalism, and it has so much influence with brands. But, while we can talk about overarching attitudes and behaviors, all millennials are not the same, so we’re trying to segment and create archetypes, different profiles, and bring that to clients.” Bonilla says GlobalHue has brought its learning to the table with all of its clients, but it has particularly informed campaigns with Verizon, Jeep, Chrysler, and Wal-Mart.

An initiative that spans all market segments, the GH Trend Lab is “about what’s going on in the zeitgeist,” says Bonilla. Individuals in different markets canvas information, such as blogs, to understand what’s going on in different verticals, such as fashion, music, education, and technology. Then, on a quarterly basis, GlobalHue issues a global trend report to clients. While it’s not specific to any multicultural market segment, it is multicultural by virtue of the fact that multicultural is becoming mainstream. “Like the Hispanic Center of Excellence, it identifies underlying trends that are bubbling up so clients can understand the direction they might need to go in the future,” Bonilla says.

Staffing Up the Oil Boom