With “the capacity to unabashedly think big,” Gary Acosta revolutionized the business-conference experience with NAHREP and L’ATTITUDE

Gary Acosta is a tall man. Speaking literally, he is six-foot-three-inches in height. Speaking figuratively, he sees eye to eye with giants. “I’ve always been attracted to people who have the capacity to unabashedly think big,” Acosta says.

He met his first giant playing basketball—obviously. At Pomona College in Claremont, California, Acosta played for Gregg Popovich, who was, at the time, new to the role of head coach, but who has since risen to become the longest-tenured head coach in the NBA, leading the San Antonio Spurs since 1996.

“The one thing that I remember most about Gregg Popovich was there was never a moment where he was willing to settle,” Acosta says. “Pomona College is a Division III school . . . a very small basketball program. But not to him. To Gregg Popovich, we were Duke. Every game we played was just as important as if we were playing in the Final Four.

“That sort of intensity and consistent commitment to excellence has stuck with me to this day,” Acosta continues. “No matter how small the playing field that you’re currently in, you play as if you are on a world-class stage.”

This lesson would prove an underlying theme in Acosta’s own career. As the grandson of a pastor who cofounded a church and became the “community godfather,” Acosta developed an entrepreneurial desire. When he was twenty-six, he started his own mortgage brokerage.

Through his brokerage, he crossed paths with a man named Ernie J. Reyes, who was a real estate broker at the time. “He was about twenty years older than I was, so he was introduced to me as somebody that would be a good guide,” Acosta recalls. “Somebody who could help me navigate the San Diego real estate community.”

Their relationship grew into a channel partnership—Reyes would refer business to Acosta—and they began to meet frequently to celebrate closing business together. “But when we got together, we rarely talked about business,” Acosta says. Reyes had a background in politics—he had worked for Northern California congressman Leon Panetta, and had helped manage several campaigns in San Diego. “He loved to philosophize about life, his passions, and politics,” Acosta recalls. “I knew nothing about those things at the time, so he was terrific in that regard.”

About ten years into their friendship, those philosophic discussions turned into actionable ideas. Acosta approached Reyes with the idea to start what would become the National Association of Hispanic Real Estate Professionals (NAHREP). “We structured the organization as a professional trade association because we wanted it to be a business organization,” Acosta says. “But we decided that the mission statement should reflect more of a community focus . . . we believed in the virtues of homeownership and that [those virtues] would resonate with people. We ended up saying our mission is to help advance Hispanic homeownership in this country. It was one of the best decisions we made—people really were inspired by that.”

“No matter how small the playing field that you’re currently in, you play as if you are on a world-class stage.”

The characteristic Acosta identified in Popovich—which he describes as “self-confidence and the ability to visualize yourself on a big stage”—is something he began to seek in partners as this idea for NAHREP developed.

Because they needed a partner to really launch NAHREP. “There’s a funny anecdote,” Acosta offers. “We filed the paperwork, set up the corporation, and about three months before we were going to have our launch event in Los Angeles, Ernie said, ‘You know, you and I don’t really have the credentials to start an organization like this.’ And I’m like, ‘Ernie, I don’t know why you’re telling me this now.’ But what he was getting at was—remember, he’s a political guy—he said, ‘What we need is somebody who does have those credentials to endorse us.’”

So the two sat down and wrote down a list of names, and a name they both wrote was Henry Cisneros. “Henry had just completed his tenure in Bill Clinton’s cabinet as the HUD Secretary,” Acosta says, “and we were like, ‘If we can get him to endorse us, we’re golden.’”

They wrote Cisneros a letter, thinking it was a long shot to expect a reply—but, to their surprise, he wrote them back, offering help in launching NAHREP. They wanted Cisneros to keynote their launch event, so Acosta called to ask. “His assistant said, ‘When is the event?’ and I said, ‘It’s whenever Henry can make it.’”

They secured a date, rescheduled their launch event, and issued a press release announcing Cisneros as the keynote. “That’s where the buzz for the organization really started to build,” Acosta says.

This was the year 2000, and the census results released that year showed that, for the first time in history, Hispanics were going to be the largest minority group in the country. Plus, the internet age was dawning, and NAHREP launched an impressive website called realestateespanol.com. “It really took people aback,” Acosta says. “They were like, ‘We haven’t seen anything like this before.’ Most Latino organizations were in the civil rights genre, and this was focused on business, forward-thinking in terms of technology, and yet had a very compelling, community-focused mission statement.”

With all of these factors, it’s easy to identify that, at its launch, NAHREP was already playing on a world-class stage.

“L’ATTITUDE is a celebration of what we describe as the ‘new mainstream economy’ and attracts the best and brightest within our culture and community. But it is also an effort to change the narrative around the Latino community. It’s about bringing together those people who have the capacity to move money and to green light projects. That’s what’s different about L’ATTITUDE than any other event that’s out there.”

Of course, when the 2008 recession brought the housing industry crashing down, NAHREP took a hit. “We went from a $2.5 million budget down to an $800,000 budget, and our staff went from twelve to one,” Acosta says. Over a four-year period from 2008-2012, Acosta and Reyes took the opportunity to reinvent the organization. They implemented major structural changes, and their annual event went from a national convention to a cultural celebration.

“It was right around 2012 that we started to call it the NAHREP National Convention and Latin Music Festival,” Acosta says. “We realized a couple of years into the event . . . I mean, people would come to the event and they would cry because they were so moved by their experience. They were just so inspired by being around people like themselves who had similar aspirations and backgrounds. People have as much an emotional connection to this organization as they do an intellectual or a business connection. . . . We made sure that the event itself had that sort of cultural and emotional piece interwoven into the program.” Today NAHREP’s annual budget is more than $14 million and with a full time staff of thirty-four people.

After the success of NAHREP’s cultural convention concept, Acosta began to develop an idea for an event with a larger scope. “Once I really felt like we were good at [putting on the event], I thought, ‘Why do we have to just stay in our own lane?’” Acosta says. “Maybe we should start taking some of this secret sauce to other segments of the economy.”

Be it luck or divine intervention by Reyes, who passed away in 2014, Acosta crossed paths in 2015 with another giant who had the think-big, world-class mentality first introduced to him by Popovich: Sol Trujillo.

Acosta was invited to present research findings from NAHREP’s State of Hispanic Homeownership Report at a Latino Donor Collaborative event in Beverly Hills. “There was a big focus on the entertainment industry at this particular event,” he remembers. “The session before me had a panel with the chairman of Warner Brothers, the CEO of Fox Network, and the CEO of Starz. And while they’re up there, Sol asked them all a question. He said, ‘You know, we released a study today. We determined through various sources that Hispanics purchase about 28 percent of all the movie tickets in the United States. Twenty-eight percent, even though we’re only 18 percent of the population. Yet only 3 percent of the products you guys put out have Latinos in any lead or substantial role. Explain that for me. Is this our problem or are you guys just not very good at what you do?’”

Impressed by Trujillo’s candor and ability to gather the heads of these major corporations, Acosta approached him. “What I just saw onstage was amazing,” he told Trujillo. “The only problem is that there’s a hundred people in the audience when there should have been five thousand people hearing that. I have an idea I think you might be interested in.”

“And that,” Acosta says, “was the genesis of our relationship.”

Today, L’ATTITUDE is a four-day event that has, for two years running, been up to the first-rate and world-class standards that Acosta and Trujillo share. The event has welcomed giants from entertainment, business, politics, technology, and the media.

“It is a celebration of what we describe as the ‘new mainstream economy’ and attracts the best and brightest within our culture and community,” Acosta says. “But it is also an effort to change the narrative around the Latino community. It’s about bringing together decision makers, resource allocators, those people who have the capacity to move money and to green light projects. That’s what’s different about L’ATTITUDE than any other event that’s out there.”

“This panel [discussing] the way Latin music has become the cornerstone of pop music overall in this country [featured] an executive from the largest network of Spanish-language radio stations onstage with Juanes, this global star who sells out stadiums around the world. And they’re having a business conversation. Then Juanes says, ‘Hey, anybody want to hear a couple of songs?’ and he brings out the guitar and breaks out in song . . . it was so seamless and it just made it a completely multidimensional event. People in suits there for a business conference just lost their minds. One of the executives from the Wall Street Journal said he’s never seen anything like that.”

“Once Sol and I were a partnership, the first person that raised his hand and said, ‘I’m in, just tell me where I need to be,’ was Robert Rodriguez. If you look at the evolution [of L’ATTITUDE] from year one to year two, Robert Rodriguez went from being a participant onstage to actually having a hand in and building what we ended up branding as LATINXT. Next year, we’re working on building LATINXT into a full-day event within L’ATTITUDE, and maybe even having LATINXT sessions at the Sundance Film Festival and other places. It’s exciting stuff.”

“The Stanford Latino Entrepreneurship Initiative came, and their study showed that Hispanic entrepreneurs are the most undercapitalized entrepreneurs than any other segment. [With Match-up], we’ve created a platform that addresses that and brings entrepreneurs together with sources of capital in a very organized and structured way. That now has the potential to have a life of its own within L’ATTITUDE. We see this evolving as conferences within a conference—the L’ATTITUDE umbrella now having LATINXT as a standalone event in itself, Match-up as a standalone event by itself.”

US Latino GDP Report: Latinos to the Rescue

Conversations at the Top: Sol Trujillo 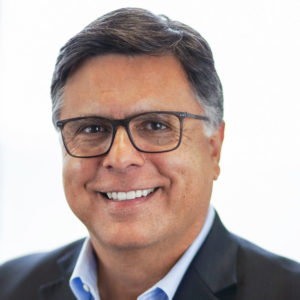 US Latino GDP Report: Latinos to the Rescue

How to Build Wealth as a Business Owner

Lizette Ibarra Is on a Mission