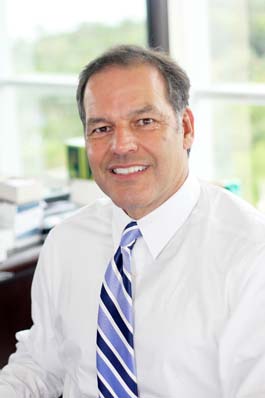 Francisco J. Leon had to be a little creative to make a physician-owned medical group a reality, but his extra efforts were not in vain. After 16 years, Femwell Group Health, Inc. is a model of health care that enables and empowers physicians while patients reap the benefits of high-quality, “vital” care. The chief operating officer behind the business has been a leader across setting strategy and business functions from marketing to money generation. Here, Leon shares three initiatives critical to the health of this growing company indicative to his vision.

From the start, Leon has been tasked with growing Femwell’s physician network, infrastructure, and service capabilities. And on day one, he had to do just that, but with almost none of the traditional resources a new company would use. “It was as if someone told me to do the job, and then tied my hands behind my back,” Leon says of the obstacles to capital he faced in Femwell’s early days. Because the company was in its infancy, it couldn’t offer investors and physician-owners any kind of guarantee as an incentive to obtain loans. Leon had to search the nation to find other avenues of capital. “It was pretty hard to find a financier that would just give us money for what, at the time, was still a pie in the sky,” he says.

Once identifying a physician and medical center management company, Leon pitched an attractive business plan: in return for investing in a physician group with multidisciplinary centers whose growth would become self-sustaining, the company would gain a management client. With some tenacity, Leon was able to secure the necessary capital without giving up any ownership of Femwell or incurring minimal significant management costs.

What is your favorite Latin American food, and where is the best place to get it? Peruvian. There is a restaurant in Coral Gables, Florida, called Francesco that is one of my favorites. I also like Venezuelan food, from Caracas Arepa Bar, in the village in New York City.

What’s the best piece of advice someone has given you? A close friend once told me “everybody loves a winner,” and my father reminded me that you have to strive to be number one.

What’s your favorite city, and why do you love it? I enjoy New York tremendously, and I love London. I lived in London for three years, so it brings back memories.

If you could learn another language, which would it be and why? I would like to improve my English more than anything, especially pronunciation. I’d also like to learn French, simply because I like the sound of it.

After seven years of growth, it became apparent that Femwell’s physician group could stand alone. With 70 physicians bringing in $60 million in revenue and vision to provide comprehensive wellness, Leon crafted a second holdings company, VitalMD.  From the name to the legal structure, Leon had a hand in directing the company that would more than quadruple in size in the next decade. Though it started as a women’s wellness provider, Leon envisioned a multispecialty medical group and chose the word “vital” to represent that. “Vital literally means essential to life,” he explains, “which the services offered by this physician group are as well.”

In order to ensure quality and growth, supported by a group of talented in-house marketing personnel, Leon launched a physician ambassadorship through which the company’s established base recruited more of the best and brightest doctors to round out the now 310-plus-and-growing group. Ambassadors were educated on the company’s incentives, such as the limited liability legal structure, which Leon also pioneered. “Giving each center LLC status offers flexibility in ownership,” Leon says. “It’s an additional risk management tool that shields the whole corporation from excessive medical liability and proved to be the right choice, as it’s now being used by many practices around the country.”

“The key to group practice is communication,” says Leon, who when he travels around the country hears people ask again and again his secret for active, participant physicians. It can be difficult, he explains, to get physicians to attend every meeting and read every newsletter. In 2004, Leon came up with a formula to cut through the white noise and generate some exigency for his staff. “I realized that I needed a way to make people accountable for their participation,” he says. So he created a system whereby physicians who joined committees and discussed new ideas for the company were incentivized with corporate profits. With more than 12 active committees, Leon says the effort has been a success with many of the company’s best ideas coming out of the meetings.

The Shift from Wall Street to Washington

Leveling the IT Playing Field