More than three decades into his career, Demetrio Garcia is constantly trying to fulfill his goal of becoming the “ultimate connector” 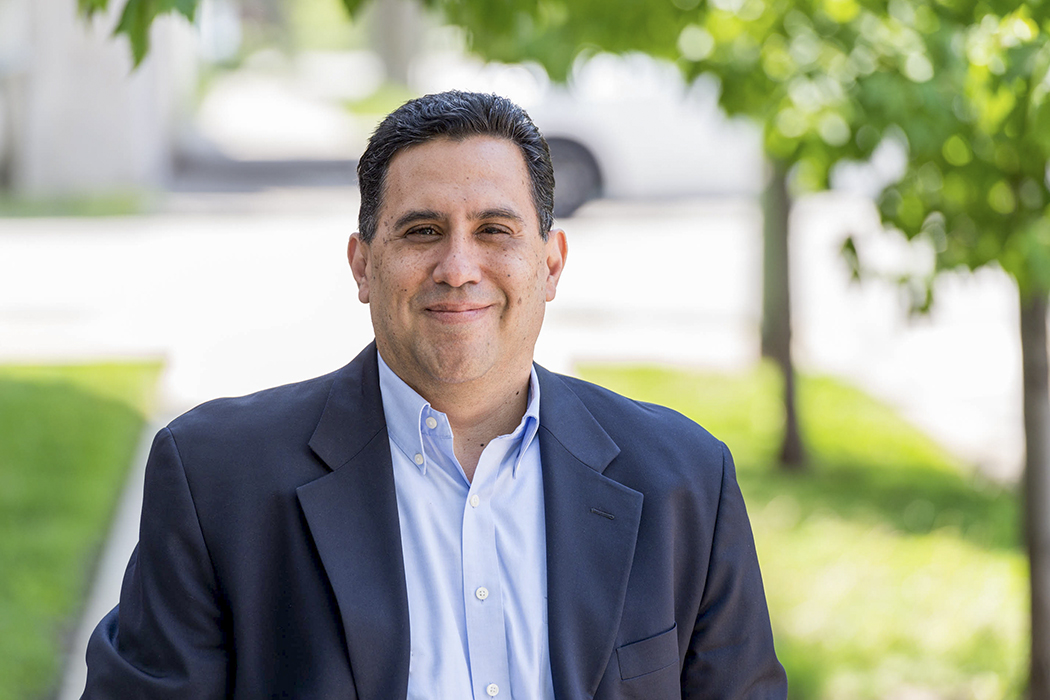 “Even when I was younger, people would ask me when I was going to start my own business,” Demetrio Garcia says. “I had that encouragement early on, but I didn’t really figure out my real purpose until I was fifty years old,” he adds, laughing. Garcia is a natural networker and a quintessential “people person,” constantly making connections and bringing people together.

Back when he was getting his degree in mechanical engineering, some of Garcia’s first mentors noticed his talent for making personal connections. The field of engineering isn’t exactly known for fostering relationships, but it’s precisely where Garcia cultivated experience. He worked as an airport and aviation engineering executive for over twenty-five years and also had the pleasure of living and working on three continents and in over 150 cities. He even had his own five minutes of fame as a young executive appearing in an article in the Wall Street Journal. In all, Garcia has spent three decades amassing operations, management, government relations, sales, and fundraising expertise.

“I was very fortunate to have some very good mentors early on,” Garcia remembers. “They told me that I’m not the type of person to sit behind a desk for my whole career. I needed to be talking with clients and really getting out there.”

In his fiftieth year, Garcia decided to write down exactly where he wanted his next fifty years to be headed. “I wrote down ‘entrepreneur, business owner, investor, and ultimate connector,’” Garcia, now fifty-eight, recalls. While he had been filling these roles in one way or another throughout his professional life, he’s been even more focused over the last eight years.

“Connecting others and helping people is just in alignment with who I am and my life’s purpose,” Garcia says. “My purpose as a servant leader is to help bring people together in whatever they’re doing: their work, their lives, and their goals.” He’s a master networker, not because he’s trying to get ahead, but because he truly believes it’s what he’s called to do.

Garcia is currently partner and global business development lead with Chicago-based Golden Hill Foods. The global food industry ingredients company is a supply chain partner with some of the best and well-known brands and food industry chains.

He also served as board member and as vice president of corporate strategic partnerships for the Association of Latino Professionals for America (ALPFA), Garcia is committed to supporting the more than ninety-two thousand Latino students, professionals, and entrepreneurs that make up its member base. The organization has more than 45 professional chapters and 160 student chapters at colleges and universities across the country. It’s allowed Garcia to grant students opportunities he himself never had. “I think I was thirty before I ever met a CEO,” Garcia says. “Now I’m getting the opportunity to introduce young students to CEOs and company presidents.”

Over the course of his career, Garcia has had the opportunity to serve on a variety of nonprofit boards and committees: Associated Colleges of Illinois, Boys Scouts of America, Ronald McDonald House Charities, Gift of Hope Organ & Tissue Donor Network, and the Barrio Foundation, among others. Next, he hopes to land a corporate board position, putting his extensive experience to use at the corporate level.

When that opportunity comes along, it’ll probably be through his extensive network—just like most of his other jobs, opportunities, and board work. “I tell students that I’ve applied for only one job in my life, right out of high school,” Garcia says. “The rest have all happened because of relationships, friends, and connections.”

Garcia doesn’t just network on his own behalf, but on behalf of others, as well. He’s particularly focused on young Latino professionals. “I’ve been working to help further foster the connection between senior Latino executives and the younger ones,” Garcia explains. “That mentorship model is so important because I feel like in my experience, there were so many things I just stumbled into, and the opportunity to provide more intentional steps for younger executives is something I value greatly.”

When speaking with younger and future professionals, Garcia turns a popular tactic into a more productive relationship-building exercise. “You always hear about the professor that tells you to look to your right and to your left and that one of you won’t be here by the end of the semester,” Garcia says. “I tell these young people to look in the same directions, but that one of you is going to be a CEO someday. How are you building connections that will endure?”

Garcia says he communicates regularly with a number of global CEOs and executives, but that’s not because he seeks out people with impressive titles. Instead, most are friends he’s made over the years have ended up in a variety of high-level roles (and many have appeared in the pages of Hispanic Executive).

“I have people with whom I conduct business, but they are my friends first. The relationship is more important, always,” Garcia says. He adds that focusing on the return on investment is one way to gauge success, but he has a different method. “I focus on the ROR—the return on relationship. And, more importantly, how am I adding value for them? Their business, their careers, their families, and lives!”

Susy Ponce de Leon on the Traditions Worth Preserving