Despite those factors, and the general buzz, progress in DEI has been slow.

This is especially true of the leadership ranks. In the C-suite, in the boardroom, and at the middle management level, corporate America is far from achieving full DEI buy-in.

That fact is undeniable as soon as one glances at the statistics. In 2021, just six companies in the S&P 500 and Fortune 500 had Black CEOs. Forty had Asian American CEOs, and twenty had Hispanic CEOs, as reported by Investopedia in June 2022.

If CEO positions in the Fortune 500 and S&P 500 reflected US demographics, more than sixty-five Black CEOs would be leading America’s largest companies. And we would certainly have more than just forty-four women at the helms of those companies.

The numbers cited here paint a stark picture of inaction. What’s worse, research tells us things are unlikely to improve any time soon. According to a recent report from the LCDA, “it will take decades to reach parity” in the corporate boardroom.

Such reports are easy to find. But little research exists on the underlying truths that might explain corporate America’s failure to execute on DEI at the leadership level. Why have corporate boards not pressured their organizations to recruit diverse executives? Why have so many companies not matched words with deeds? Why does progress remain so agonizingly slow?

Our research indicates that several factors are responsible:

A 2021 Latin Insights study for diversity hiring platform Mathison found that underrepresented job seekers confront high levels of bias in job postings, interviews, and the onboarding process. Applicants are discouraged by the lack of diversity they see throughout the hiring process and even after they’re onboarded, the study concluded.

2. A Blind Eye to the Financial Value of DEI

Despite all the research that proves otherwise, most corporations do not truly believe in the ability of DEI to drive bottom-line results. Even if they do recognize it, they do not respond with tangible action.

As a result, DEI is still not sufficiently regarded as a metric of financial success, and executives are not compensated for their efforts to promote DEI.

3. A Lack of Advancement Opportunities

Even when diverse employees are hired, they often lack the opportunities they need to advance. As women move up, for example, they tend to be promoted at a lower rate than men, and their salaries are not at par with those of their male counterparts (primarily in leadership positions).

Many corporations do not effectively measure DEI, making it hard to ascertain whether they are really supporting and promoting DEI.

Many chief diversity officers complain about not having the required resources and internal influence to effect change. Most report to the chief human resources officer, not to the CEO, and lack direct access to the CEO and the C-Suite.

Of course, now that the contributing factors are identified, the question becomes more directed at resolution: how do we solve these issues?

One option might be increased and/or differentiated pressure from advocacy groups. Since internal and external pressures seem to lack the power to overcome internal resistance to DEI, advocates could perhaps devise new tactics to bring about change.

But the second option (and our conclusion, based on years of research and analysis) is for corporate America to redefine “a commitment to DEI.” Instead of merely delivering a vague promise or a statement about their company’s values, organizations need to show their commitment to DEI by implementing all nine elements of a successful DEI strategy.

Once these actions are implemented, the DEI buzz will only grow louder. True leaders must recognize the value of DEI—and take advantage of the opportunities in front of them to commit to change.

Marcela Miguel Berland is the founder and CEO of NYC-based research and communications firm Latin Insights. Reach her at mberland@latininsights.com. Frank Gómez, a veteran Latino activist and former corporate executive, is her longtime partner. 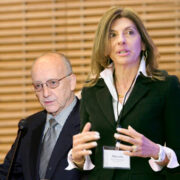