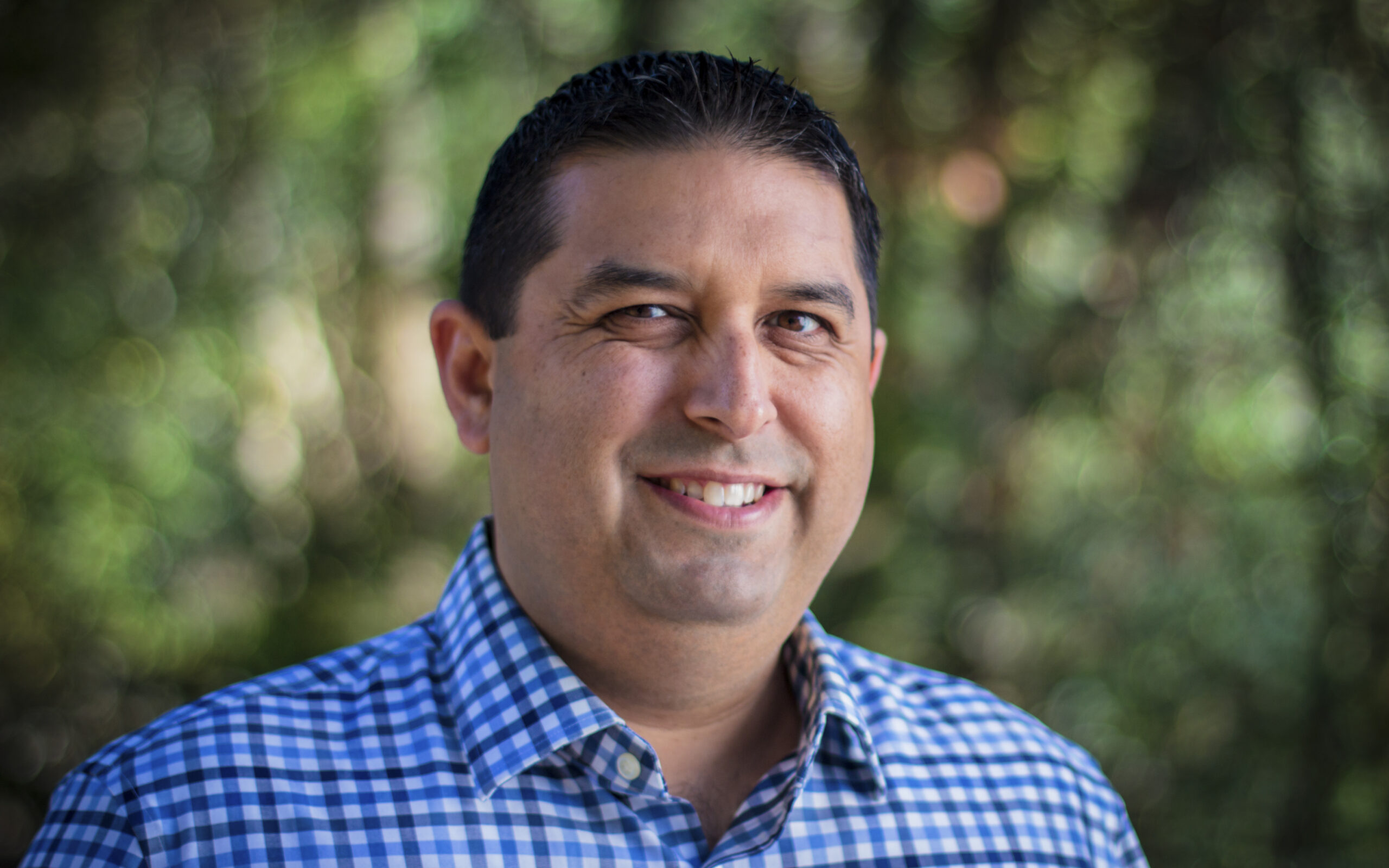 “My journey has not been a very traditional one,” Dan Garcia, associate general counsel of design and construction at Meta. “Hopefully my story can be encouraging to those who might be taking a nontraditional path on their education and professional journey.”

In reflection of his career so far, Garcia recounts the unexpected turns, blessings in disguise, and unconventional moves that got him to where he is today.

Garcia grew up moving around different suburbs in Southern California, Arizona, Texas, and Mexico, where he was exposed to a variety of people and cultures across the different socioeconomic classes. He cultivated a love of math and science and chose to study civil engineering at University of California Berkeley before eventually switching to mechanical engineering.

Though he was advised not to work in the first years of the rigorous program, Garcia found himself in a tough spot financially and began working multiple part-time jobs as he pursued his degree. He landed a job at a construction management consulting firm called Cooper Pugeda Management that rolled into a summer internship. When they offered him a full-time position the following year, he decided to pause his formal education and embrace the opportunity to start building his career.

Garcia received incredible training at the company through exciting projects at the San Francisco airport and a historic renovation and expansion of the City of Berkeley’s downtown library, among a number of other large public facility projects. However, he eventually hit the ceiling of advancement without a degree. “It was a catch-22 situation where I couldn’t progress with my career—they wanted me to work full time as a construction manager but then also somehow get my degree,” Garcia explains. “It was just completely unfeasible at the time.”

Since I was able to speak the [construction] language, I knew how to shift the experts’ attention to areas that were worth focusing on.”

The owner of Critical Solutions, whom Garcia had impressed through a joint venture project, offered him a far more favorable alternative: go back to school while working part-time around his class schedule at the same salary he was currently making.

After earning his degree, Garcia stayed at Critical Solutions for a few more years. Soon, another passion came to the forefront: law. Garcia’s mentor in high school ran his own patent law practice and inspired in him a curiosity about law. Garcia decided to go to law school and scratch that curious itch.

Garcia attended Santa Clara University for law school and, while he originally thought he would try his hand at patent law, he quickly discovered that his talents and interests were best suited for construction law.

During his second summer of law school, Garcia earned a clerkship at Severson & Werson that led him to a part-time role during his final year of school that supported him while he studied for the bar exam. He went on to become an associate before moving on to other experiences at law firms like Hanson Bridgett and Perkins Coie.

His expertise in construction management proved to be a major asset. “It’s really tough for construction lawyers that don’t have some sort of engineering or construction background. It’s a pretty steep learning curve,” Garcia explains. “I was able to quickly grasp the issues. Since I was able to speak the language, I knew how to shift the experts’ attention to areas that were worth focusing on.”

The intersection of Garcia’s two passions can be found in the analysis and problem-solving nature of both law and construction management. Through his work, he exercises both sides of his knowledge to get down to the bottom of the issues that arise in contracts and during performance of the work.

“I found that the analysis we do is almost like being a detective. We ask: What’s the real issue here? What do the drawings and specs really say? What’s reasonable for the contractor to expect or assume in this situation?” Garcia says. “It’s a bit of a tricky business because, for example, in construction dispute resolution, there is a heavy reliance on the opinions of design professionals involved in the project, and understandably design professionals don’t like to admit that there’s something wrong with their work product.

“My experience in construction management and litigation has given me the tools I need to become an effective construction contract specialist,” he continues, “coming up with drafting solutions to address the reasonable concerns of both parties is deeply satisfying to me.”

Garcia was recruited to work as associate general counsel on Meta’s design and construction team in 2018. He had turned down in-house positions before, but in addition to the big-name appeal of the company, Garcia was convinced to take the job because of the variation and the collaborative nature of the work.

“The work is much more cooperative and enjoyable than litigation,” Garcia explains. “In litigation, you’re basically at war with the other side. I prefer to be doing something more collaborative and building something better than what had been done before.”

Garcia emphasizes how his career journey, while perhaps not typical, is also not so unique. His advice for young people who find themselves in similar situations is to not get discouraged when their plans are thrown for a loop.

“This is not the job I dreamed I would have when I was six years old,” Garcia says. “Others’ experience might not match exactly to mine. I have learned that challenges that may appear to be setbacks, and unexpected opportunities could lead to something even better.”

As a law firm, Hanson Bridgett LLP recognizes that our investment in promoting justice, racial equity, and diversity is more important than ever before. Continued success means hiring, promoting, and mentoring diverse leadership teams, and celebrating the success of diverse attorneys even when they move on from our firm. Congratulations to our former colleague, Dan Garcia!

Michelle Dávila on the Power of Mentors and Allies

Rafael Villalobos Is a Triple Threat