Castor Armesto thrived in private practice, but the allure of industry proved too strong. Today, he is helping Spire become one of the nation’s leading natural gas providers. 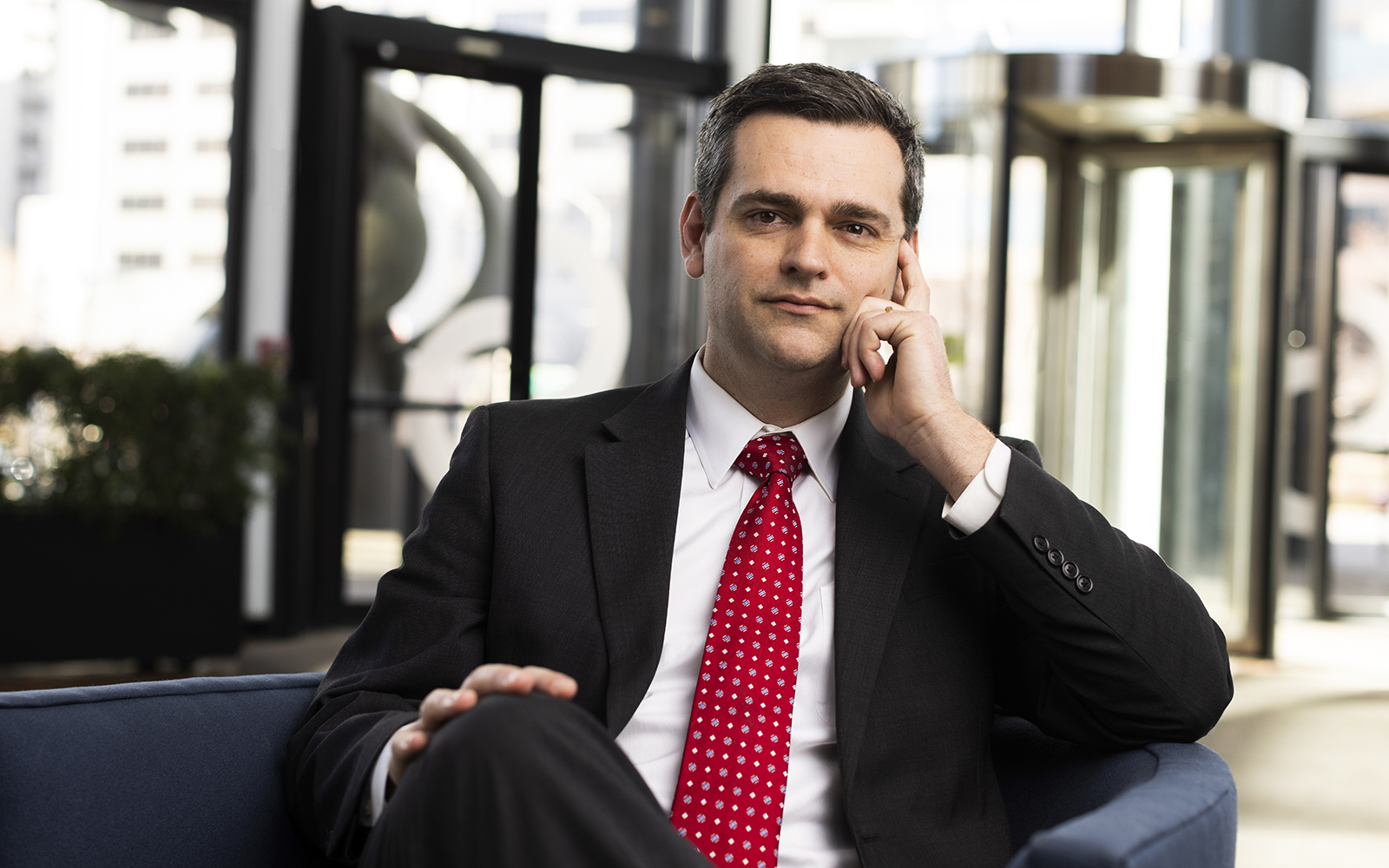 Castor Armesto left one of the largest law firms in the country right after making partner. Although he was flourishing in private practice, the young lawyer had big ambitions. He wanted to advise a business, drive growth, and witness the direct impact of his contributions on one organization. When he found an opening at a fast-growing energy company, Armesto made the leap in-house and never looked back.

With 1.7 million customers and 3,600 employees, Spire is the fifth-largest publicly traded natural gas company in the United States. It serves families and businesses in Alabama, Mississippi, and Missouri through companies known as Spire Alabama, Spire Mississippi, and Spire Missouri.

What started as Laclede Gas Light Company to bring light to the streets of St. Louis in 1857 has grown consistently over the last 165 years and now has total assets topping $8 billion.

Armesto, now Spire Alabama’s General Counsel, joined the Spire legal team in 2014. Although the move from a big firm into the corporate world required him to pivot, learn, and acquire new skills, Armesto had been through life transitions and career changes before. His father came to the US from Cuba at age fourteen. While he was supposed to return after six months, the elder Armesto remained in his new country and kept his return ticket as a souvenir. He moved to Chicago, met his American wife, and eventually raised his son in the nearby suburbs.

After discovering an interest in technology, Armesto studied computer science at Iowa State University and started his career at Procter & Gamble. He spent two years as an internet marketing manager in Cincinnati, where he led online strategy and execution for well-known hair care brands. The assignment caused Armesto to rethink both his passions and strengths and led him to law school at Washington University in St. Louis.

As a law student, Armesto cultivated a growing interest in business and transactional matters. He landed a job at Stinson and settled into life as an associate at a respected firm with a dozen offices across the nation.

As Armesto climbed the ranks, he gained experience forming joint ventures, crafting commercial arrangements, advising start-ups, and supporting massive companies. He accepted secondments to Bunge, ADM, and Koch Industries. By 2014, Armesto was handling $500 million deals and thriving as an M&A attorney. “I loved being exposed to the business world because watching the changes and transformations happen firsthand was exciting, and I always had a dream of being directly involved in a business,” he explains.

Spire gave Armesto the chance to pursue that dream more fully. The energy company hired him to help the CEO and leadership team execute a growth plan based on a series of strategic acquisitions. In his first few years on the job, Armesto advised Spire’s natural gas fueling station and gas marketing businesses. In 2016, he became general counsel to Spire STL Pipeline to handle permitting, lead land acquisition strategies, and negotiate contracts for a $260 million interstate pipeline.

Since 2020, Armesto has served as general counsel for Spire Alabama & Mississippi, natural gas utilities providing service to over 600,000 homes and businesses in those two states. Through his time at Spire, Armesto has led M&A activities, including two major acquisitions: the $340 million deal for EnergySouth and the $1.5 billion acquisition of Alabama Gas. Those deals have helped Spire triple in size over the last eight years.

Armesto’s time in private practice at Stinson prepared him to lead these critical projects well. “Being at a firm gave me a great preview of what in-house practice would be like because I was interacting with big clients and senior leaders,” he says. “That helped me understand how to communicate with businesspeople and find real ways to add value.”

Today, Armesto pushes this approach with the attorneys and paralegals on his team. He’s also emphasizing work/life balance, compassion, and communication. Those on his team collaborated to come up with some unwritten rules they all try to follow. They don’t have early morning meetings, they ask for help when they need it, and they put mental well-being on par with physical health.

Mental health issues in the workplace and in the Hispanic community are of particular interest to Armesto, who is a board member at St. Louis Counseling, a nonprofit organization that provides mental health services throughout the St. Louis metro area.

It’s just one of many ways he is giving back to the local community. Armesto also uses his time to help those in the Latino population find new professional opportunities in the region—he cofounded the Hispanic Leadership Institute. The program, focused on young, Hispanic professionals, offers a nine-month intensive training program that covers leadership style, personal branding, communications skills, business etiquette, and other important topics.

Participants go through the courses together in a cohort to deepen their connections. “The Hispanic community is small, but growing quickly in St. Louis, and networking is critical,” he says. “We want people to build long-lasting relationships so they can stay in this region and thrive.”

Now, Spire continues to execute on its plans to grow through acquisition, innovation, and infrastructure. The company is upgrading its infrastructure, expanding its footprint, and improving its services. Armesto and his colleagues in the high-performing legal department are keeping pace and are ready to play a central role as they continue to deliver positive outcomes.

Maynard Cooper & Gale: “Our team enjoys working with Castor, both professionally and personally.  He is knowledgeable, engaged, and supportive of outside counsel.  He and the entire Spire legal team are great partners.  It is a pleasure to represent Spire.” – John Earnhardt, Shareholder

Mark A. Hernandez Strives to Be Better Every Day

Griselda Aldrete Can Be Found on the Battle Lines