For Alberto Mariño, hiring is about creating partnerships that support Washington, DC’s communities

In 2013, Bolivian immigrant Saul Capriles attended a job fair hosted by Washington Metropolitan Area Transit Authority (WMATA). He had been in Germany working as a day laborer before moving to the United States. While at the fair, Capriles had a fortuitous encounter with Alberto Mariño, now WMATA’s first officer of diversity recruitment. Mariño successfully connected Capriles with an entry-level position as a laborer on construction sites in the agency’s network of rail tunnels.

That encounter was a turning point in both of their careers.

For Capriles, it was an opening that led to his first good, quality job. And for Mariño, it marked his first hire at WMATA.

“Saul’s a really humble, hard-working person,” Mariño says. “I just saw him recently, and learned he was promoted to track walker. He’s now making double the salary he started with.”

WMATA is under the authority of the Federal Transportation Agency and, like all federal organizations, it must comply with affirmative action policies. But for Mariño, identifying and hiring talent is a personal mission. “I see Metro as a leader in diversity and inclusion. It’s not just about meeting a quota; we think beyond that. For me, it’s about creating partnerships that support the communities we serve here in the DC area.”

Mariño certainly knows a thing or two about being a newcomer in need of a good job. Born and raised in Venezuela, he came to the United States in 2002 in the midst of political upheaval, mass protests, and  a  coup d’état attempt. He arrived in Tampa, Florida, with a few suitcases containing his belongings and $700. “I literally had nothing,” he says.

Armed with a bachelor’s degree in international studies from la Universidad Central de Venezuela, he landed a job as a case manager for Catholic Charities USA, working with refugees from all over the world, helping them find employment. He worked his way through a number of similar positions in the nonprofit sector. Eventually, he migrated to the corporate world as a global recruitment specialist for companies such as GE, Coca-Cola, and Humana. His fluency in Spanish, French, and Portuguese proved invaluable.

Before being offered a position at WMATA, Mariño earned his MBA from San Leo University in Tampa. Drawing upon his own experience as an immigrant venturing into the US workforce, Mariño reveled in the opportunity to take his passion and skill set to the public sector. He says his key to success in facilitating employment for immigrant groups is community engagement.

After arriving at WMATA, Mariño spearheaded an outreach program called “Metro Trabajo” that has nearly doubled Latino employment at Metro. The program was the first of its kind for any transit agency in the country focused solely on the Latino community. “The challenge at the time was to make Metro more attractive for Hispanic applicants,” Mariño says.

“I see Metro as a leader in diversity and inclusion. It’s not just about meeting a quota; we think beyond that. For me, it’s about creating partnerships that support the communities we serve here in the DC area.”
Alberto Mariño

One of the first roadblocks Mariño observed was that many potential candidates for employment lacked a high school diploma, so he helped to educate prospective applicants about GED completion programs. Through his efforts, WMATA has established forty-two partnerships with area organizations that help to facilitate the recruitment process, including local colleges that provide training and nonprofit social service groups that help with language skills and other barriers to employment in the Latino community. Most importantly, these community partners act as a grassroots referral service, reaching deep into neighborhoods to link WMATA with worthy applicants.

Since that first hire, Mariño has helped hundreds of Latinos in the DC area find meaningful, well-paying jobs with union benefits at WMATA. His efforts often produce inspiring stories of redemption.

Mariño recalls Sandra Muñoz, a recently divorced Chilean woman who had been a stay-at-home mother and had virtually no work experience. Mariño set her up with a driver training course, which she passed with flying colors. “The test is pretty tricky for someone with no experience at all,” Mariño says. Muñoz is now settled into her first position as a bus operator, and is looking to advance her education further.

Mariño has a keen interest in media and marketing, which he has leveraged to build diversity and a sense of inclusion at WMATA. He’s partnered with both Telemundo and Univision as part of his outreach program, which he says has been an extremely fruitful approach. Every Thursday on Telemundo, Mariño presents a short segment called Minuto Metro. Mariño says, “It’s like a short infomercial or PSA where I share what’s happening at Metro with the community, for example letting them know when we have a recruitment open house.”

Having partners that share his values as well as the receptiveness of the local Latino community are what Mariño credits for his success. He adds, “it’s personally fulfilling to help so many people pull themselves up by the bootstraps,” just as his first employers in the United States did for him. “I like to think I go far beyond the job description. Diversity is in my veins.” 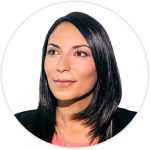 Call to Action with Maribel Hines

Connect your passion to outreach opportunities. Relationship building is a very powerful community development strategy, one that WMATA has modeled for other organizations to follow. Alberto connected his passion for his work to an opportunity for WMATA to make a more poignant, positive impact in the Latino community. He spearheaded initiatives that quickly positioned WMATA to be regarded as a leader in diversity and inclusion. The impact to the organization, applicants, and hires is obvious, and no doubt has been personally fulfilling and rewarding. Alberto’s passion and desire to help others is and continues to make a difference in the Latino community.

Go beyond what is expected of you. Alberto went beyond his job description to plug a gap and create inclusive employment opportunities for Latinos. He didn’t just come up with an idea; he planned and implemented it (with the help of others). He had a vision, took initiative, and made it a reality. While what stems from initiative may not always go as planned, the alternative is choosing to be inactive—and that’s not a good alternative.

To encourage initiative in others, aim to create a supportive environment. Team members need to feel comfortable in their workspace. They should know that while they may strike out, their ideas will be heard and taken seriously by leadership. If their environment is not a safe place to do this, new ideas will no longer be shared—or conceived at all. Make an effort to tell team members you welcome their thoughts.

Know that initiative comes in many forms. It is not always about single-handedly taking on a new project. Someone can volunteer to help another person who is already on a committee, team, or project, and support that individual any way he or she knows how. Remind team members that helping others to move an idea forward is valuable, too.

Enlighten team members to consider every opportunity. If they know their ideas are not only wanted but also needed, team members may find the extra time to develop them. Often it’s a matter of encouraging a go-getter attitude through open communication and creative freedom.

Encourage team members to ask themselves:

How can I simplify? Make it work better? Faster?

What opportunities for growth can I carve out of this situation?

Team members may discover a possibility to take up a prospective project, which will not only help your team or department but also give them more exposure while at the same time developing their skill sets and network. ”