Career progression to arrive at the most senior levels continues to be an opportunity to improve the presence of diverse populations, such as Latinas. While some women may cite unique challenges, such as work-life balance with children or eldercare demands, or the lack of role models to emulate as challenges to their career trajectory, the relentless pursuit of one’s objectives does create new professional opportunities. Being dynamic and having the ability to accept new roles as they arise—or creating them to fit a critical organizational need—are some methods to help drive this agenda. Having an active, senior sponsor is also essential. These individuals can be transformational, acting as an influential partner in helping shape one’s career.Reportedly, it’s estimated that only 4.2 percent of Fortune 500 CEOs are females.Very few of these are Latinas at the most senior executive levels. Other low percentages exist for females and Latinas in mid-level management roles across many global sectors. The glass ceiling exists, but can be overcome. By consciously creating opportunities for leadership at the executive levels, these facts may change. Diverse teams bring varied opinions, skills, and experiences to an organization. This creates better decisions and delivers the best outcomes for our clients, and enhances our shared global community. When merit supersedes unconscious or conscious biases—and talented individuals, regardless of ethnicity, orientation, marital status, or age—are given a level playing field in which to succeed, we are evolving our business model and enhancing our operating cultures. … Extend yourself and your network. Attract, retain, and develop talent. Latinas—whether given the right opportunities and/or determined enough to create them—will inspire, deliver, and succeed. Talented women and Latinas are a tremendous pool of creative and professional energy waiting to be tapped. Actioning diversity is not only a competitor differentiator; it’s also a compelling human value proposition. 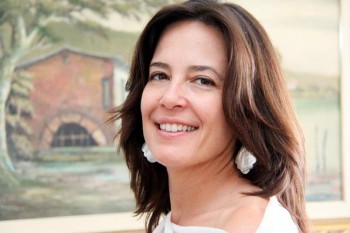 If you read the question above and automatically answered “yes,” you are probably correct. Not only are we women, but we might come with a different look, sometimes an accent, and always with a different culture and view of the world. We are the minority—twice.

I was welcomed to the United States almost four years ago. I started working for an American company that does business in Latin America. I had built my entire career in Brazil, and coming to United States was challenging. I experienced how it felt to belong to a minority group: Latinos. Yes, it means an additional societal and business barrier, other than being a woman.

There is no glass ceiling when there is hard work and opportunity. I know that Latinas are hard-working women. All that we wanted in the past is now a reality. It’s a matter of believing and going for it. I am sure that now is the time to make history and—who knows—to bury the term “glass ceiling.” 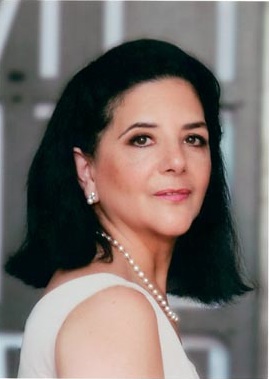 I spent part of my childhood in New York City during the late 1960s. Woodstock, the Vietnam War, Martin Luther King’s assassination followed by Robert Kennedy’s was the news of the day. I was too young to comprehend, however, I understood that I was one of very few foreigners in my school. In those days, the word “Latina” was not used—you were simply Colombian, Argentinean, Cuban, etc. You were a ”foreigner.”During this time, there was a musical playing on Broadway called Man of La Mancha, inspired by Miguel de Cervantes’s masterpiece Don Quixote. My mother, who was an avid Broadway goer, had brought back the soundtrack, which included the principal song, “The Impossible Dream.”I was eight years old when I heard the song for the first time. It became my motto and it has remained so for the rest of my life.The concept of the glass ceiling was traditionally applied to all women in the workplace. It was very hard, if not impossible, for talented women to reach upper management positions. No matter how qualified or experienced, they simply were not given opportunities to further advance their career.Fast-forward 45 years and things have changed dramatically. The world has become smaller. Knowledge is available to everyone, everywhere.Today, there are many Latinas in high management and in powerful positions. However, the glass ceiling still seems very real. Whatever the reason for it, I believe you have a choice. You can accept your situation and be happy, or you can smash the glass with purpose and determination. I chose the latter. 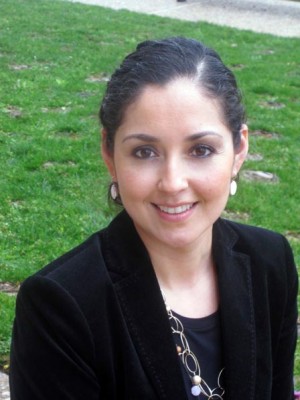 Being a Latina is ancillary, though not unimportant, in our gender’s quest to break through the glass ceiling. As Latinas we have additional self-imposed cultural limitations, including societal stereotypes. Growing up, expectations for many of us were not high, but the more acculturated we became, possibilities unlocked and new experiences ensued. Undoubtedly during our journeys we’ve won over converts who, consciously or unconsciously, have the indelibly etched in their mind the Latina stereotypes.Even so, the prime fact of my experience:  I can leave the labor camp populated by Mexican farm workers, master both the English and Spanish language, and earn an MBA and JD. But for a Latina like me, the labor camp travels with you. That’s been a catapulting, positive happenstance—being bicultural and bilingual are what have given me a seat at the proverbial “table,” but that’s not the same as having a seat at the right table and sitting next to the right person. The jury is still out and the trial is not over. But, if the hue of my skin provokes a second look, or some extra attention, I will capitalize on it and continue to seek mentoring, sponsorship, and advocacy from the right person sitting at the right table—this is key. Nothing will hold us back, except an aversion to challenging ourselves and others to go beyond perceived limitations. At the end of the day, my skills speak for themselves.

Albert Caballero might have his head in the cloud, but he’s no daydreamer