Ramón Ruiz-Comas, president and CEO of the largest medical insurance provider in Puerto Rico, explains how attitudes surrounding health insurance are shifting on the island 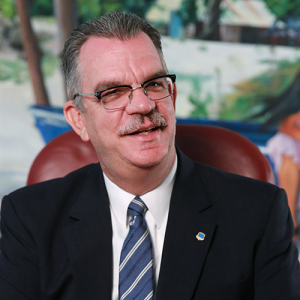 How has health care changed for Puerto Ricans over the last five years?
We recently implemented the Commonwealth of Puerto Rico Health Reform Program. When that went into effect, we were able to increase the number of people with health insurance to more than 90 percent of the population. Because of that reform, people now have more options for services than ever before. We want everyone to be informed of their right to health insurance and the options at their disposal.

What changes would you like to see in the Puerto Rican health care industry?
Already I have noticed the industry shifting toward being more consumer-oriented. I think it’s important to increase the number of efficient, quality providers for the buyers of health insurance in Puerto Rico. At the same time, I think it’s extremely important that members take responsibility for their own health. Citizens can avoid big health issues by eating less processed food and taking preventive health care measures.

What are your goals for Triple-S over the next five years?
First, we need to improve access to quality health services to the population of Puerto Rico at affordable costs. We would like to offer innovative health care solutions by partnering with both our members and our providers. Second, we will focus on providing and implementing products and programs to prepare Triple-S for the health care challenges we will face in the years to come. Our third goal is to grow not only within but also outside of Puerto Rico. We want to make acquisitions within Puerto Rico that include facilities, clinics, and physician groups. We are also looking to make acquisitions in Latin American countries where we can offer health care services under the Blue Cross Blue Shield brand.

As you grow into Latin America, what other countries are facing changes in their health care industries?
More people in Latin American countries are looking to control the type of service they receive. They don’t want the government to be the sole provider of health insurance. That’s why we are positioning ourselves to acquire companies in Colombia, Panama, Costa Rica, Mexico, and Peru, where insurance is a newly growing industry. These countries are growing even faster than the United States right now, so the opportunity looks very good for us. We will be looking to obtain the license of Blue Cross and Blue Shield to help Latin Americans obtain affordable services in their own countries and in the United States.

What have been your biggest accomplishments so far at Triple-S?
I always say that what Triple-S has accomplished is to the credit of all its 4,000 employees. Some of our biggest achievements include converting from a nonprofit company to for-profit, and then going public; becoming the exclusive licensee for Puerto Rico and the US Virgin Islands of the Blue Cross and Blue Shield Association; and becoming one of the largest life insurance companies in Puerto Rico through the acquisition of the Great American Life Assurance Company of Puerto Rico. As of today, we have almost 2.2 million members in Puerto Rico, which is a significant percentage of the population in a very competitive market. We are very proud to be a Hispanic-owned company serving a Hispanic population.

Of Mice and Medicine

Inside the House of Mouse

Rafael Villalobos Is a Triple Threat