Michael LaGatta is quick to tell people his background is unconventional for a lawyer. That’s because he didn’t begin his career clerking in a law firm or under the apprenticeship of a judge. The deputy general counsel at TPG Global was a financial analyst before he decided to obtain his MBA and attend law school. But his nonlinear path in house ended up being a perfect fit for the international, alternative investment firm whose competitive advantage is having a contrarian philosophy. 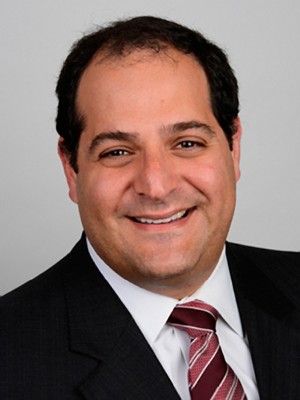 After a stint in private practice, LaGatta negotiated financial strategy for a solar power company. Having marketed both of his skills, he reached a crossroads. His financial and legal background offered him diverse professional opportunities, but there was still more he wanted to learn about strategy negotiation. As an analyst, he learned the process of deals, but he didn’t understand their full complexity. It was the combination of his MBA and legal degree that poised him for corporate counsel trajectory. Ultimately, he chose law.

When LaGatta joined TPG, he found opportunities to put his business acumen to work immediately. Just as if the legal department were an enterprise, he centralized the legal team and drove it as a service. As a result, response times quickened, the quality of work improved, and costs came down. For LaGatta, relationships, people, and agile processes are key. “TPG is very entrepreneurial, and it derives success from that,” he says. “It was something I wanted to keep in place for our legal team.” By LaGatta’s logic, to operate efficiently, you must first devise systems. Then, you need thoughtful, nimble-minded people to operate them. “There are definitely no cookie-cutter days for any of us,” he says of his multitalented legal team, who can keep up with six to seven distinct business operations in different parts of the world. “That’s what keeps things interesting.”

On any given day, LaGatta is dealing with treasury, insurance, human resources, and compensation, among other areas. Because TPG’s organizational and compensation structure are more complex than most, his involvement is critical. One of the most important qualities in a deputy general counsel is leadership. Being able to provide clear objectives and bring out the best in people to carry them out is both a skill and a predisposition, says LaGatta.

“Learning how to run a team isn’t as easy as it sounds. It’s actually learning how to work people—how to play to their strengths, recognize their weaknesses, and put them in the right role at the right time,” LaGatta explains. “Along the way, you’ll both fall on your face and taste success, but hopefully at the end of the day, you’ll be motivating your team.”