as told to Hispanic Executive 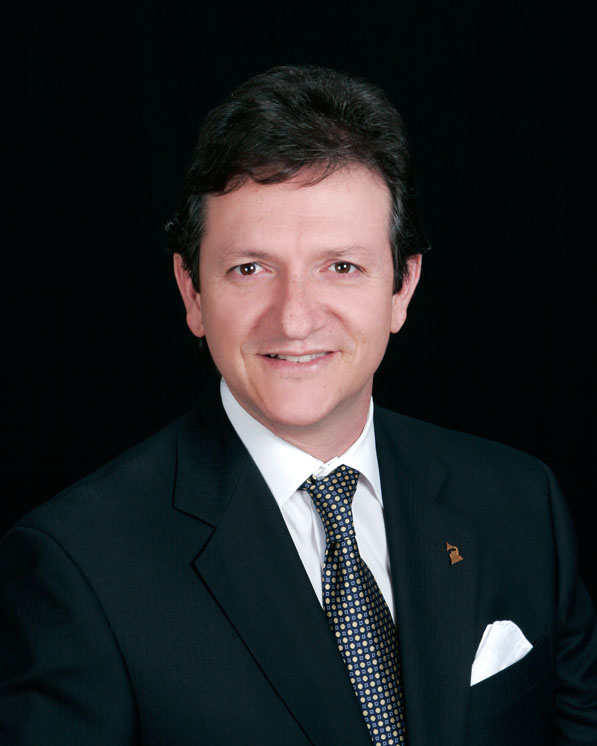 It’s the highest honor for Latin music makers, and  Gabriel Abaroa, president and CEO of The Latin Recording Academy, has the task of getting it right: the Latin GRAMMY Awards. He spent his whole life paving the way to this red carpet. The eldest of six siblings, Abaroa grew up in a musical household in Mexico. After singing in choirs, playing drums, and recording commercial jingles, he went to law school and later joined the other side of the business. Rising to become one of the region’s preeminent music attorneys, Abaroa represented record labels, musicians, and the interests of the industry across Latin America. After starting his own family, he even ventured into the production of children’s music. When the industry was buzzing with talk of a Latin spin-off of the GRAMMYs, Abaroa (joining the efforts of his brother Mauricio) became a founding member of The Latin Recording Academy. He was elected vice chair of the board of trustees in 2002, and in 2003, ascended to president and CEO. Since then, he has ushered the organization from an uncertain infancy into financial health. Today, he is priming it for growth.

as told to Ruth E. Dávila

We’re on our 13th edition of the Latin GRAMMY Awards. For me, The Latin Recording Academy is about the people—the members, the dreamers, the creators of music. Our awards department receives approximately 6,000 entries per year from many countries. Recordings must be commercially produced in Spanish, Portuguese, or other languages of Latin America and the Iberian Peninsula, such as Catalan, Basque, Nahuatl, and Quechua, or instrumental.

On The Agenda
Gabriel Abaroa, Jr.’s schedule the day before the Latin GRAMMYs

9:15 a.m.Staff meeting at production office. Review seating charts for telecast and the Person of the Year (POY) gala. Review list of stars attending

10:30 a.m. Welcome honorees and their teams. Participate in pictures and media interview

2:30 p.m. Deliver closing remarks of Special Awards ceremony. Run back to Mandalay Bay Hotel to check the dress rehearsal of the POY gala. Grab candy to keep up sugar levels.

4:30 p.m. Check in with the telecast producer

10:30 p.m. Thank attendees and sponsors from podium. Go backstage to thank musicians and performers, and say farewell to POY honoree.

11 p.m. Attend one after-party celebration to greet guests and sponsors

Once a team of experts properly catalogs all the submissions (removing duplicates and voting on which categories questionable entries belong in), booklets are compiled to allow the membership to review the final list. Members then receive ballots by postal mail to cast their vote. After signing their ballot, the voting members put it in an envelope, and send it directly to Deloitte, the auditing firm, which tabulates and triple checks scores. It’s a meticulous process, and our hope for the future is that more people will understand and respect it. I feel helpless when people criticize the award just because their preferred artists, songs, or albums were not elected. It’s just a celebration of music, and while I would love perfection, in terms of tastes, perfection is unattainable.

The Latin Recording Academy, the cathedral of Latin music, has more than 3,000 members—professional artists, engineers, arrangers, musicians, songwriters, and producers. Members elect award nominees and winners based not on marketability but on excellence, which is why sometimes an unknown title might win.

When the organization started, I thought that because Latin music was hot, and we had the leverage of having a show, 90 percent of the job was already done. I was completely wrong. I soon realized we didn’t have the money, experience, and structure to accomplish all our goals. We worked extra hard to become very lean and savvy; I tried to set the example. None of the staff took a raise for the initial three or four years, starting with me. We all decided that if this was our home away from home, we had to take care of it.

Whenever I recruit employees, I always tell them: we all lift boxes. Under that philosophy, we’ve been able to save a lot. In the early years, perhaps the savings weren’t significant, but the discipline counted. Recently, we were able to create an endowment fund to help the organization stay alive in the worst moments. We pulled the finances from red to black. Now our reserves are strong for at least three to four more years without debt. But in order to grow, we need to start reinvesting money in the organization, and that is the next stage approved by the board of trustees.

Beyond the awards televised on Univision, we also host ceremonies for the Person of the Year, Lifetime Achievement, and Trustee Awards as well as concerts throughout the year. The Latin GRAMMY in the Streets celebrations are held in cities such as Miami and Houston on the six Sundays leading up to the Latin GRAMMYs, attracting crowds of 40,000 each (1.5 million people have attended thus far).

We conduct close to 10 annual educational events in the United States as well as Buenos Aires, Argentina, Santo Domingo, Dominican Republic, and Mexico City. Through those programs an artist, a manager, and a songwriter volunteer to share their experiences, motivating children to stay in school and follow their dreams. In addition to all the cultural, social, and philanthropic projects we engage in, there is one moment that epitomizes our purpose: whenever an artist embraces their statue or holds it high. Every time an artist receives an award with joy, it means we did our job well. Artists and songwriters have high times in their life but many lows. And the idea is to recognize them even in their lows—and to tell them thank you.

Karinna Rojas on embracing cultural sensitivity as a competitive edge

“People need to know you’re a resource available for them to use, but not just after they get sued.”