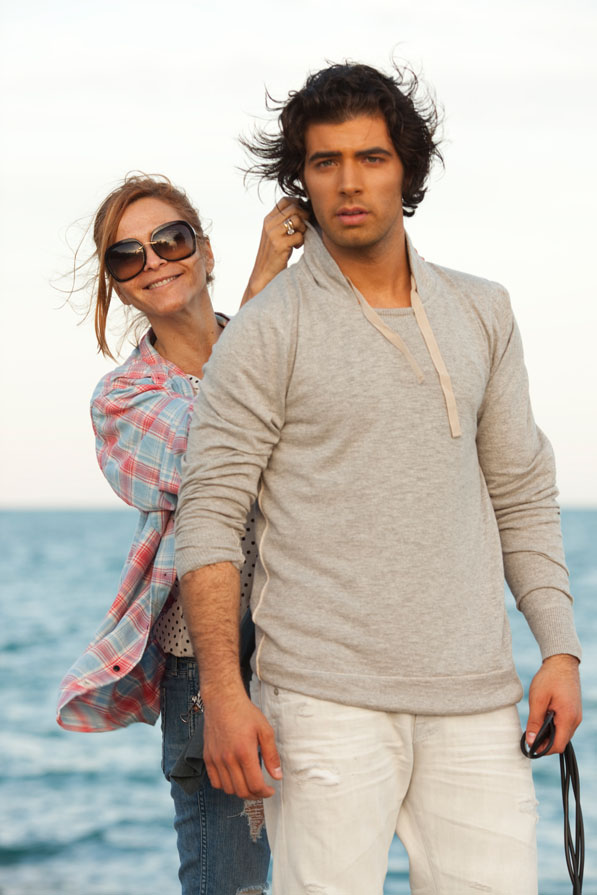 A natural-born fashionista, Irma Martinez fondly remembers playing with dolls as a child. She would design and make clothes for them, dress them, pick out the perfect accessories, even strut them down a makeshift runway—today, she considers them her first clients. Martinez’s dreams of becoming a stylist started years before anyone really knew what a stylist did and before the term “stylist” was even coined, but fashion called to her, and without knowing exactly what she would do, Martinez devoted herself to finding her niche in the fashion world. “I’ve always known that I wanted to dedicate myself to the fashion field and my goals were ambitious,” says Martinez, who left her home of Cartagena de Indias, Colombia, at 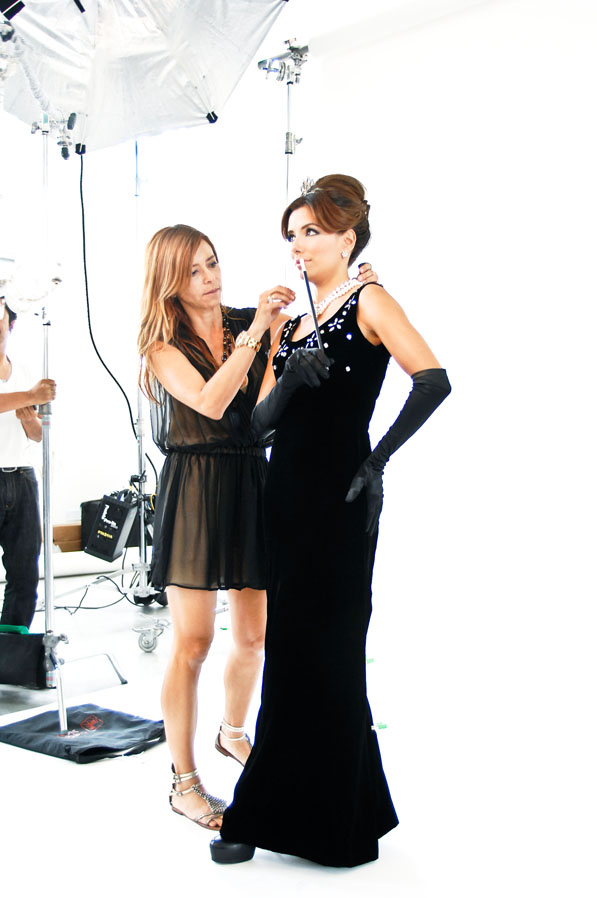 age 18 with a one-way ticket. “I believe that when you get dressed on a daily basis, not because you have to but because you find pleasure in it, you … discover it’s a medium with the power of communication. Since a very young age I realized this and it was fundamental in discovering my vocation.”

For more than 20 years, Martinez, now the founder and director of Trendy Inc., a Miami-based styling, service, and wardrobe-support company, has been using fashion as an outlet to express her passion, heritage, and artistic ideals. Her first job, styling celebrities and building the wardrobe department for Telemundo, satisfied Martinez’s desire to create art from fashion and also introduced her to some of the celebrities she would later call clients. “At Telemundo, I worked with some of the top names in the entertainment industry and the top-rated shows in Hispanic television, but although the image of a stylist as an artist was starting to form, it wasn’t really there yet,” she explains. Martinez began breaking off on her solo project and before long had built a résumé rich in diverse styles, from vintage to edgy. “My influences are broad, from Audrey Hepburn to Madonna,” she describes. “It’s made me flexible and, in my early work, certainly more employable.”

Thanks to multiple successful jobs, a knack for networking, and her supportive husband, Enrique López, who also serves as her business partner, Martinez quickly become a leader within the industry; clients like Gloria Estefan, Shakira, and Chayanne opened doors to larger and more extensive projects. “Once I had a good group of core clients, I began working with total looks for performers for their world tours, designing everything from the looks for their album covers to [the looks for their] videos. I also started developing images for Univision Network’s TV hosts,” Martinez says.

Martinez started Trendy Inc. in 1996 when she felt the time had come to turn her services into a full-fledged business. “I decided to create a company that would offer these services on a broader scope. We were truly pioneers in our field and today can call ourselves number one,” she says. Trendy Inc. includes a showroom, design studio, and a team of five employees and four freelancers, all experienced professionals that manage some of the most demanding projects in the Hispanic-entertainment market.

From that energy Trendy Studio was born, a boutique-style facility in Wynwood, Miami, built with the idea of providing a high-quality space for photography and film productions. One of the studio’s most recent productions [at press time] was GQ Britain’s U2 cover shoot. “We realized the need in Miami to have a state-of-the art photography production studio where artists accustomed to international-style studios could work on their challenging productions.”

Clients like Sofia Vergara, Ricky Martin, Paulina Rubio, Daddy Yankee, Enrique Iglesias, Luis Fonsi, and Thalia have allowed Martinez to continue growing her brand and helped her gain a spot on People en Español magazine’s coveted Top 25 Most Powerful Hispanic Women list, alongside journalist María Elena Salinas and Sonia Sotomayor. “I’ve enjoyed working with artists that are just starting their careers, sharing their dreams, and then helping to make them a reality,” Martinez explains. “But the greatest highlight of my career was being asked to be a part of the Dream in Color campaign for Target.” Martinez’s work as a part of the campaign involved serving as a spokeswoman in a series of broadcast ads and online-video testimonials alongside Emilio Estefan, Iman, and John Legend. “It gave me the opportunity to celebrate Hispanic heritage, discuss my fashion dreams, and teach the general public how to dress. Everything I love!”