Pedro DeJesús Jr. isn’t afraid to knock on doors—or to get knocked down. In his early years, he would cold-call executives for everything from jobs to advice. His intrepidness has led him to the top of one of the world’s leading juice companies, Tampico Beverages, Inc. As senior vice president, general counsel, and corporate secretary, DeJesús Jr. brings order to Tampico’s global brand and pushes it into new territories.

The son of Dominican immigrants, DeJesús Jr. graduated from high school in his hometown of Chicago at 16. He got an associate degree in radiologic technology, working to help his mother with bills after his father’s passing. He quickly realized that life as an X-ray tech wouldn’t get him far financially. So he looked to where the money flowed: the Chicago Mercantile Exchange. “I walked into the Merc’s administrative office and said, ‘Give me a list of every company in this building,’” DeJesús Jr. recalls. “Then I walked over to a telephone booth, and went down the list, starting with A.” By “G,” he had landed a job as a runner.

For two years, DeJesús Jr. worked days at the “Merc” and nights at the hospital, until he landed a strong opportunity that warranted hanging up his lab coat. But four years later, with little long-term job security, he decided to become an attorney. By 29, he had earned a political science degree from Roosevelt University and entered Northwestern University School of Law. During his first summer, he heard that a Northwestern alum, Ruben Castillo, had just been appointed the first Latino federal judge in Illinois. Though the two had never met, DeJesús Jr. rang his chambers, and within a few weeks, Castillo granted him a meeting. When DeJesús Jr. told Castillo he hoped to work in public-interest law, Castillo advised him to consider joining a big firm first. “If you don’t do it,” DeJesús Jr. recalls Castillo saying, “people assume that it’s because you couldn’t do it. If you still want to work in public interest, a firm can help subsidize those interests for you.” 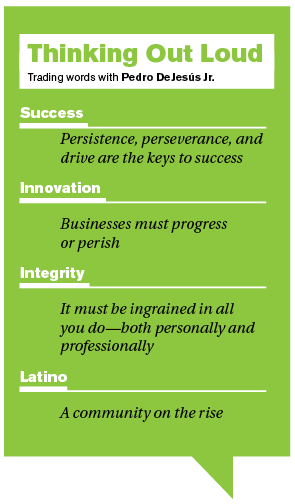 Although DeJesús Jr. took the big-law-firm track, the pecking order frustrated him. Big decisions, and often the big picture, weren’t privy to him as a junior associate. In 2000, he made a risky leap to a tech firm. Soon after, the dot-com bubble burst, sending DeJesús Jr. back to law-firm life, but with a clear advantage. “Just to see how business operates, it was a world of learning compressed in a very short time period,” he says. “It’s very difficult at a big law firm to learn that.”

In 2004, DeJesús Jr. became vice president and corporate counsel for Information Resources, Inc., a consumer data company. DeJesús Jr.’s experience at IRI prepped him for his current post with Tampico Beverages, which sells its brand in more than 50 world markets. (In 2008, Tampico was acquired by Houchens Industries, Inc., the largest employee-owned company in the United States and, according to Forbes, among the largest privately held companies in North America.)

Since 2007, DeJesús Jr. has helped CEO Scott Miller steer Tampico’s culture away from complacency. “When the senior management team came into this business, there was a lack of discipline in legal and business matters,” he says. “Instilling that level of discipline in the organization was one of our big challenges.” Over time, DeJesús Jr. has revamped the legal department, building a new team with “a stronger sense of accountability.” He issued a new employee handbook, business ethics and conduct policy, crisis-management plan, and a first-ever contract-approval procedure. He also redrafted Tampico’s bottling-and-licensing agreement and centralized the company’s trademark database, enabling him to manage the trademark portfolio globally.

Next up for Tampico is expansion into other Latino food-and-beverage categories. DeJesús Jr. and Miller spent much of 2011 mapping out a growth strategy and evaluating potential acquisitions in “synergistic” industries. As usual, DeJesús Jr. is ready to pounce on a winning opportunity. “More often than not, in both business and life, those who take advantage of change and embrace it—rather than run from it or ignore it—almost always beat out those who do not,” he says. 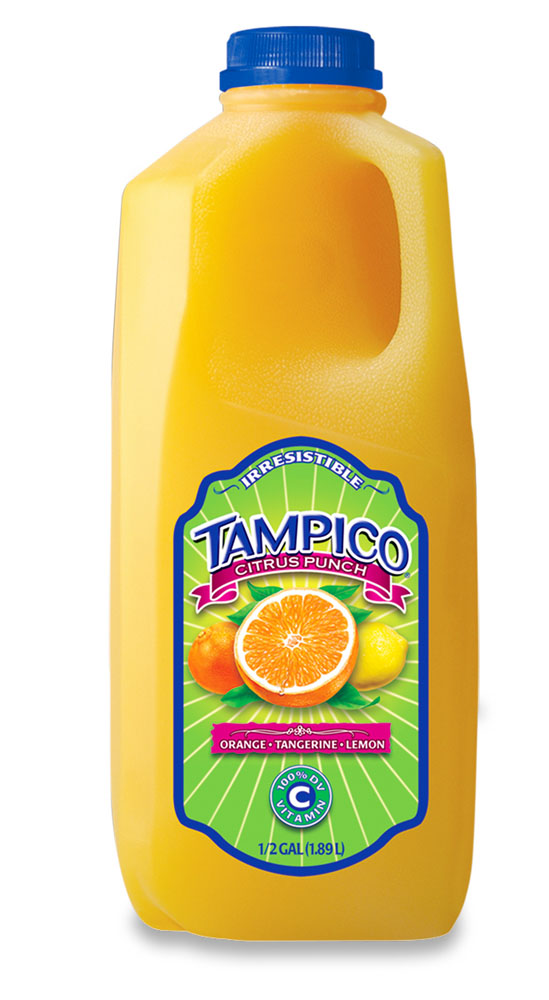 What’s more, DeJesús Jr. believes it’s his duty to create positive change. He serves as a trustee of Roosevelt University, works for government transparency and accountability with the Better Government Association, and serves on the board of Chicago-based Mujeres Latinas en Acción, which offers culturally sensitive services to Hispanic women. In 2010, he was appointed to the Industry Trade Advisory Committee on Consumer Goods, whose members advise the US Commerce Department on trade agreements impacting the consumer-goods industry.

DeJesús Jr. hopes more Latinos follow the path of doing good—and doing well. “We tell people to go to school and get an education, but we also have to instill the importance of being strong corporate leaders and building wealth,” he says, matter-of-factly. “Because it puts you in the room with people that are making decisions affecting positions of power.”

“Growing up in the United States to immigrant parents has inspired me to work hard, to never take anything for granted, and to seize every opportunity.”