“Mija, haz ruido donde vayas.” (“Daughter, make noise wherever you go.”) This is what my papi would always tell me growing up. He knew that, as the daughter of immigrants and a Guatemalan American, I needed to hacer ruido so I could achieve the American Dream. He told me that making noise would help make me be seen, and that that visibility would in turn allow me entry into spaces not typically represented by our comunidad. Papi was right.

I am the first in my family to go to college, and when I received a full-ride scholarship to attend the University of Pennsylvania’s Wharton School, I remember feeling like I was on top of the world. I was a first-generation Latina from a low-income household who had made it to an Ivy League institution. WOW. As time went on, however, I started to feel like I didn’t belong in that space. Not many of my classmates were first-generation, low-income, or even Latinx.

While at Penn, I began looking at different potential career paths. I decided to pursue investment banking positions because, quite honestly, that’s what everyone else was doing. It wasn’t until I landed a coveted investment banking role on Wall Street that I finally felt validated—like I truly belonged at this Ivy League school and that I wasn’t an “admissions mistake.”

Fast-forward a few years to Harvard Business School (HBS). One would think that, at that point, I would have had all the validation I needed, what with having earned my undergraduate degree from a top university and secured competitive positions on Wall Street. In reality, it was quite the opposite. At HBS, I was surrounded by incredible leaders from all over the world—and once again, I felt like I wasn’t enough.

It took a while for me to understand that I belonged at HBS, but once I settled in, I knew I had to hacer ruido for my community. I became copresident of the Latino Student Organization and through that leadership position, I was able to be a mover and shaker for past, present, and future Latinx students at HBS.

Reflecting on my experiences in higher education, I wish I had kept these phrases in mind—they would have helped me feel confident in those spaces much faster:

After college graduation, I moved to NYC and spent several years on Wall Street as an investment banking analyst. I did not make any noise during that time. Instead, I put my head down and executed deals and tasks the best I could. I never really spoke up in meetings or shared my opinion because I was afraid I was going to be wrong and look dumb. There were times when I felt like an imposter and didn’t want to “get discovered” as someone who didn’t actually belong.

It wasn’t until the end of my investment banking tenure that I came out of that period of silence. I found what made me happy at the time—helping Latinx break into Wall Street—and I ran with it. I started an initiative at my company dedicated to this goal, and within a year, I grew it to a point where it received company-wide recognition in the form of the Global Diversity & Inclusion Award.

Still, looking back on my career, I wish I had listened to papi sooner. Here’s what I wish someone had told me:

Haciendo Ruido for the Latinx Community

It’s a unique time in the world, and the collective Latinx voice is more important than ever before. I want to encourage emerging Latinx leaders to find their voices, use their voices, and lead change in their respective fields. My life mission is to elevate Latinx leadership, and I hope to inspire anyone who—like me—has ever put their head down or felt like they didn’t belong.

Always remember, you belong in these spaces more than anyone else. ¡Haz ruido donde vayas! 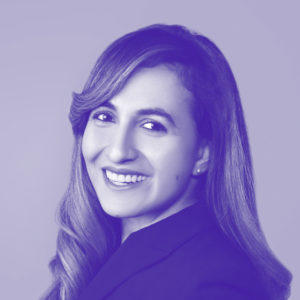 Amy Hernandez Turcios is a Wall Street alumna, first-generation Guatemalan American, and community leader dedicated to advancing Latinx leadership. She is in the process of founding Haz Ruido, a community dedicated to elevating emerging Latinx leaders. Amy holds a bachelor of science in economics from the University of Pennsylvania’s Wharton School and a master of business administration from Harvard Business School. She is based in Los Angeles, CA.

Laerte Moraes Invests in the Future