Health insurance innovator Michael Lujan knows from personal experience what it’s like to go without coverage, and he’s dedicated to making health insurance more consumer-friendly for every patient

It was never Michael Lujan’s intention to work in health insurance. In fact, Lujan goes as far to contend that it is never anyone’s plan to get into the insurance side of healthcare. He simply accepted the job that was offered at the first of five interviews his college career counselor had set up for him. Fortuitously, that first job was the beginning of a career spanning three decades that has touched every facet of the industry and led to the launch of Limelight Health, the technology startup he co-founded in 2014.

Limelight is a mobile, cloud-based health insurance quoting platform that enables enterprise companies to simplify employee health benefit information and streamline the proposal, decision, and renewal processes—all without ever touching a piece of paper. Lujan points out that a traditional insurance system is filled with waste and excess costs as a result of its reliance on manual processing.

“The old system is simply inefficient with administrative and operating costs, making health insurance more expensive,” says Lujan, whose official title at Limelight is chief strategy officer. “Consumers are demanding a better experience that can help them find affordable coverage with the right benefits.”

Limelight, which is now available in five states with plans to expand to ten more by the end of 2017, is the first employee benefits quoting technology that provides instant cost and coverage information from a variety of carriers with connections for paperless enrollment processes.

It is one of several fast-growing startups in the insurtech market sector, and was named Most Promising HealthTech Company at Silicon Valley’s “Insurance Disrupted” conference series in 2015. That recognition helped the company raise more than $5 million in venture capital from MassMutual Ventures, AXA Strategic Ventures, Launchpad Digital Health, and other private seed investors.

“We are starting out by focusing on the small group market segment, businesses with fewer than one hundred employees, and expanding slowly,” Lujan says. “Reception and adoption within the industry has been great, but we want to be smart about how we grow to make sure we execute every step along the way properly in the highly regulated insurance environment.”

“Even many consumers who have coverage don’t completely understand how health insurance works, but technology can help. I take it as a personal responsibility to help people understand and access the care that’s available to them.”

Beyond managing his startup, Lujan was selected to participate in the first cohort of Stanford University’s Latino Entrepreneur Initiative, a national campaign aimed at helping Hispanic business leaders scale their companies through an immersive program of education, networking and mentorship with access to capital. He now serves as a mentor for the second cohort.

Lujan knows what it’s like to live without medical coverage. When he was growing up, his father was self-employed and was at times unable to provide insurance or medical care for his family. As an adult, Lujan helped his mother navigate the healthcare system after a car accident and serious head injury when she discovered that her employer-provided coverage had lapsed because she had not worked the required minimum number of hours to maintain her coverage.

Both experiences shaped him into becoming what he calls an “instant advocate” for the uninsured and the millions of Americans who struggle to maintain affordable health coverage. “Even many consumers who have coverage don’t completely understand how health insurance works, but technology can help. I take it as a personal responsibility to help people understand and access the care that’s available to them,” Lujan says.

Lujan has been involved from the onset in California’s implementation of the Affordable Care Act (ACA). He helped develop “Covered California,” the nation’s largest state public health exchange, and is president of the California Association of Health Underwriters (CAHU), the largest association of licensed health insurance agents and consumer advocates. CAHU accounts for nearly half of total enrollment in the exchange.

Michael Lujan’s predictions for changes that are imminent—and those he feels should be imminent—thanks to insurtech innovation trends in healthcare and medical insurance:

According to Lujan, the ACA set the stage for many improvements, including cutting the number of California’s uninsured in half. Many of the newly insured, however, still have trouble managing co-pays, prescription costs, high deductibles, and finding care in a timely fashion. Lujan acknowledges there have also been growing pains to overcome, such as national marketing and awareness campaigns that targeted Latino communities as monolithic entities rather then recognizing the many different countries of origin those communities represent. There are also individual concerns that still must be overcome, such as fears that coverage might draw attention to mixed citizenship status within households that could prompt the loss of personal assets.

“Communities that are accustomed to doing without need to work with people they trust and who intimately understand their concerns,” Lujan says. “That’s beginning to happen and is contributing to improved rates of coverage and care for Latinos with chronic diseases like diabetes, high blood pressure and heart disease.”

He has seen positive differences for many previously uninsured populations who are now eligible for coverage. Lujan recalls a self-employed Bay Area man who was able to obtain coverage despite preexisting conditions and who credits the ACA with enabling him to detect a new cancer early enough to receive life-saving treatment. It is just one example of how the new health insurance reforms and technology bring better access and innovative tools to communities.

Limelight’s millennial employees, who make up the majority of the staff, pose scrutinizing questions, find untraditional solutions, and display a huge intolerance for “doing things the old way.” Lujan says he enjoys reimagining the insurance industry with their creative talents and fresh perspectives.

As he utilizes telemedicine, electronic records, medical cost transparency, and other capabilities that will soon be mobile-enabled, Lujan says, “My daughter is a college freshman. By the time she enters the workforce, she’ll be able to enjoy countless advantages that are long overdue in healthcare and insurance.” 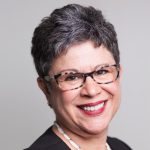 “Michael Lujan is working at the edge of disruption. Along with his partners, he is rethinking how companies design benefits for their employees—benefits that are both financially sustainable and support population health.

Limelight is a 2014 startup that provides a unique business solution to small businesses and harnesses the power of technology.

Lujan, because of his life experiences, is familiar with the gap between having health insurance and understanding access, especially for patients who are newly insured. He has leveraged his knowledge, and the impact he has had on ACA adoption in California is remarkable.

I am inspired by his dedication to fueling his daughter’s generation’s health over a lifetime.  Rethought health insurance benefits, fueled by technology, promise a brighter future.

Because of his advocacy and nontraditional thinking, I see a bright future for him as well.”