Private equity firm Palladium Equity Partners has been committed to diversity, equity, and inclusion since 1997. To CEO Marcos Rodriguez, that’s just the beginning of the story. 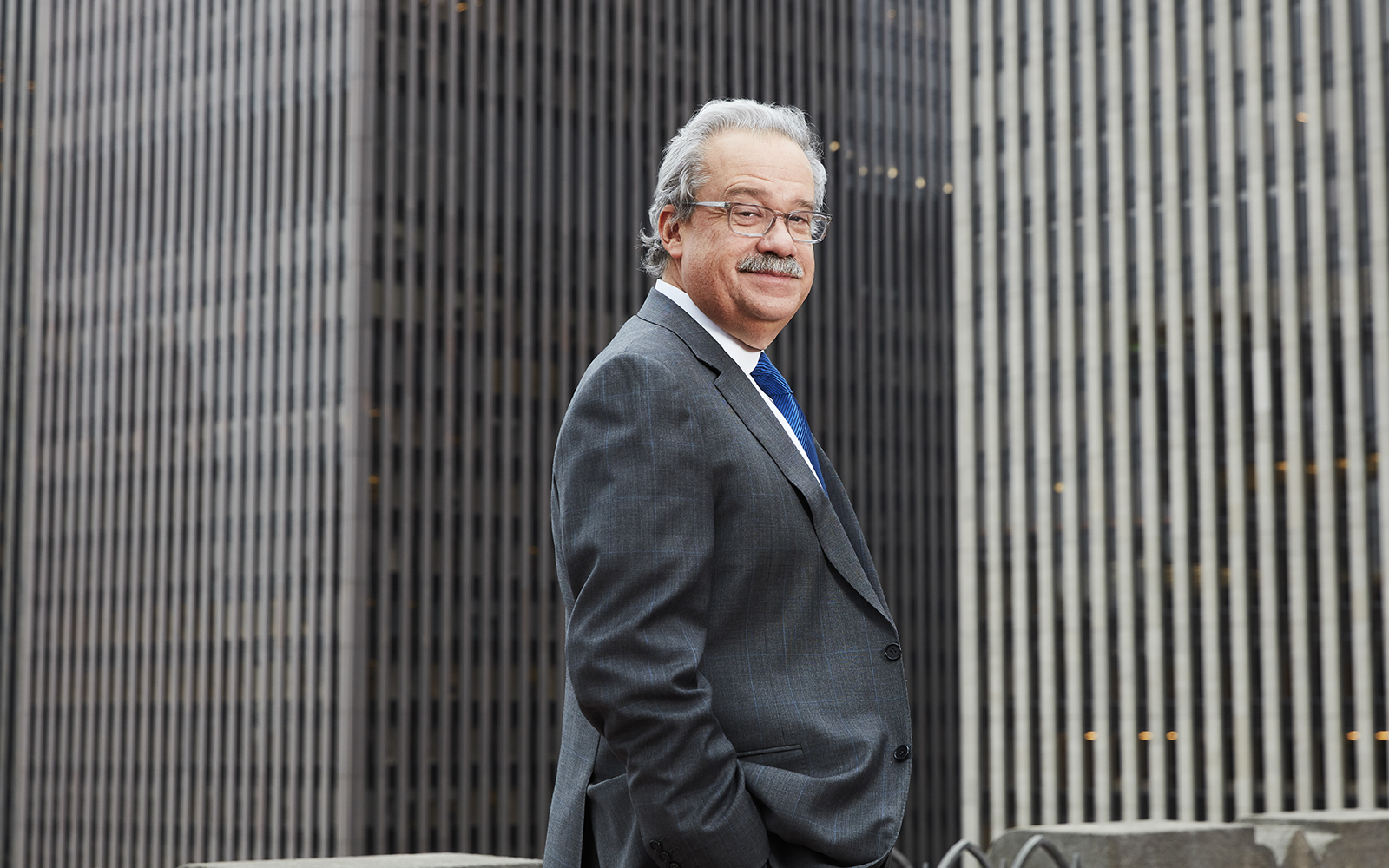 Nearly twenty-five years ago, Marcos Rodriguez held a conviction: that he could generate superior results and make a difference in society by hiring from a diverse talent pool and investing in underserved communities, often in minority-owned businesses that were overlooked by traditional private capital firms. It was a radical idea at a time when there wasn’t the focus on diversity and inclusion that there is today. However, Rodriguez felt so strongly that he was willing to risk his house and career to turn his vision into reality.

Today, Palladium Equity Partners, the firm Rodriguez founded in 1997, is a leading middle market private equity firm with nearly $3 billion in assets under management. It stands as a testament to his vision. As Rodriguez notes, “As one of the industry’s oldest, largest, and most successful minority-owned private equity firms, we have demonstrated that intentionally working to reduce inequality and create economic opportunity is transformative and can generate outstanding outcomes for all stakeholders.” The firm’s strong performance speaks for itself, and Rodriguez’s risk twenty-five years ago has more than paid off.

As Rodriguez sees it, the presence of different backgrounds and life experiences adds tremendous value to any organization—an idea he intuitively understood and adopted both early on in his career in private equity and at Palladium. And as Palladium has continued to grow and prosper, Rodriguez’s belief in representation has become stronger than ever.

Rodriguez was born in Cuba and, after spending the first few years of his life there, his family moved to New York City. His father worked as a waiter at the Plaza Hotel, and his mother worked as a pharmacist in Washington Heights.

After beginning his career in business operations and manufacturing at General Electric in the US, Mexico, and France, Rodriguez eventually made his way back to NYC and to private equity. “I thought there was a better way to do it,” Rodriguez remembers. “I saw an exciting opportunity to start a firm that did things differently in how it built businesses, how it partnered with founders and entrepreneurs, and how it cared about its employees and the employees of the companies that it was looking to invest in.”

Rodriguez’s parents thought he was nuts. “My mom and dad had seen me achieve a measure of success,” the CEO says. “I was a partner in a private equity firm at thirty-five. I was making a lot of money and had a lot of responsibility. I’m now sixty, and I think I would have also told a thirty-five-year-old me that I was out of my mind.”

Fortunately, Rodriguez’s temerity won the day. He started Palladium with $1.5 million, the bulk of his investment made from remortgaging his family’s home. “Our kids were in public school, and I had enough money to try this for two years,” Rodriguez recalls.

Rodriguez’s risk paid off. By the year 2000, Palladium had raised and invested $100 million. Today, that number is near $3 billion of assets under management. Over the years, Palladium has made 36 platform investments and 140 add-on acquisitions.

A Rarity in Representation

This includes a company called Del Real Foods. “We love working with entrepreneurs like Jose and Chuy Cardenas in California,” Rodriguez enthuses. “They started their company in a small warehouse and bought pots and furnaces to start making tamales. It’s just a tremendous product. They were able to open another facility in Oklahoma, but they still walk the floor tasting the product. They know the people working the line and their families. Today, Del Real Foods sells over seventy million tamales a year.”

Rodriguez points to Del Real as a great example of a successful Palladium investment—a company whose commitment to its employees and community mirrors that of Palladium. Del Real’s leadership also feels connected to Palladium’s diverse makeup, something that many of Palladium’s portfolio companies can relate to. “They can look at Palladium’s board and ownership and see people who look like their employees. I think it makes a very serious difference,” Rodriguez explains.

In terms of its own organization, approximately three-quarters of all Palladium employees are diverse or female, ranking the firm among the most diverse in the private equity industry. Palladium also prides itself on the tenure of its employees. The eleven partners who own the firm have an average tenure of fourteen years at Palladium. Three of those partners are women, and Rodriguez says more hiring is on the way. Additionally, the next level of senior professionals at the firm have been working together for ten years on average.

Palladium’s commitment to representation is not always the convenient choice, Rodriguez admits. “We focus on having a broad pool of candidates to interview, so it’s not the same people from the same Northeast schools that are the primary feeders for finance in New York City,” Rodriguez says. “It’s not always easy, and I’ll be the first to say it—it’s easier to default to the path that results in a team that looks like the ones that you see in the rest of the industry.”

Palladium’s investment choices can also be more difficult to come by. “We often are in business with private companies with a very private connection,” Rodriguez notes. “Usually, founders have 90 percent of their net worth tied up with the business they own, and they are working very hard to ensure they’re successful for the families who depend on the jobs they provide.”

It’s that spirit found in their portfolio companies that motivates Palladium’s investments. And, in turn, it’s Palladium’s commitment to their investments that gives business owners comfort in turning over their businesses to the firm. “We have found that people care deeply about who they sell to,” Rodriguez says. “It’s not just hiring a banker and getting the top price. People care about how their employees are going to be treated and how the business will be managed.”

That is one reason why Palladium became a signatory to the United Nations-supported Principles for Responsible Investment (PRI), the world’s leading guidelines for responsible investment. The PRI guidelines factor in environmental, social, and governance (ESG) concerns and aim to support an international network of signatories in incorporating those issues into investment and ownership decisions. Palladium works with two ESG consulting firms to better adopt and implement these guidelines.

“Being a signatory of the PRI is important to us. We represent global pension funds and they, like us, care about these important issues. They ask companies and asset managers, with whom they invest, to report on their ESG metrics on an annual basis,” Rodriguez explains. “We ourselves can’t solve world hunger, but we do a few things really well. We know how to achieve strong outcomes and how to invest in our communities in a way that improves equality, justice, and opportunities for employees in those communities.”

The PRI makes sense for Palladium, the CEO says, because whether the firm is investing in healthcare, education, or another industry, Palladium knows how to create jobs the right way. “The metrics have been a godsend for us because it’s an international standard that brings these issues to the forefront,” Rodriguez says. “Like anything in life, you have to focus on what you want to actually accomplish. Creating good jobs for Latinos, women, and communities of color across the US while generating great results for our stakeholders is something we’ve been doing for a quarter century. The DNA of our firm was made for these metrics.”

Rodriguez’s commitment to and excitement around his work is stronger today than it was twenty-five years ago. “I’ve been blessed to have done a lot of different things, but I’m more fired up about the future of this firm than I was in 1997. We have a spectacular group of people here, and it’s only going to get better,” he says.

Over the past twenty years, Palladium has increased the assets under its management thirty-fold. Palladium has set its sight on growing its partnership in the next decade, with an explicit goal of making sure that half of those new partners are women or people of color. “Private equity firms owned and managed by women or people of color are less than 3 percent of the industry,” Rodriguez remarks. “If that number remains static, you’re going to see significant headwinds from those looking for more representative leadership.”

In all of its efforts, Palladium seems to be paving the way in the industry by attracting and retaining employees with diverse backgrounds. However, Rodriguez is far from satisfied. “It’s not good enough,” Rodriguez says, bluntly. “I want to know what we’re not doing well. What can we do to improve in our businesses and across our portfolio companies? It comes back to that intentionality. If you want to make a difference, you have got to pay attention.”

But even if his eyes are fixed on what’s ahead, the chairman and CEO can take a second to be grateful and thank those who believed in him. “I don’t think it’s a coincidence that more than 80 percent of our champions among our investors—private or public—continue to be women or people of color,” Rodriguez says. “We’ve built long and established relationships with our investors, and we’ve been able to do all of this with a different approach to the business . . . and it’s working. I can’t wait for what’s next.”

Marcos Rodriguez has achieved a miracle with Palladium Equity Partners. After his family, he says his greatest joy is being able to give back to the communities he loves: Rodriguez has served as the chairman of the Robert Toigo Foundation, whose goal is to foster career advancement and increased leadership presence for underrepresented talent in the financial space. Other Palladium partners serve on the boards of the New America Alliance, the National Association of Investment Companies, and the Association of Asian American Investment Managers. The passion for involvement and giving back has spread throughout Palladium.

Dior Vargas Invites Everyone to Join the Conversation

Javier Saade Has Stepped into Service

Alejandro Medina Has a Global Focus

Ernesto Bautista III Is Not Your Typical CFO