Daniel E. González is a veteran of international litigation and arbitration, and while it seems that all business is global, in his line of work as a partner, board of director member, and cohead of the international arbitration practice at Hogan Lovells, to be successful he needs more than a passport and legal know-how 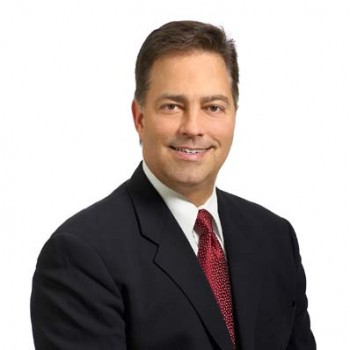 As a seasoned attorney, Daniel  E. González has spent the last 25 years presenting and arguing cases before judges, juries, and tribunals around the world. Whether in the way he argues a case or the goals he sets for a trial, he finds the most favorable outcomes when he is in tune with the particular factual, legal, and cultural issues of a case.

Arbitrational Challenges
In arbitration, two parties agree to present their case before a tribunal and accept the decision with little or no opportunity for appellate review. In domestic arbitration, tribunals are usually composed of two arbiters, each appointed and partial to their respective side, and an objective chairman. González says in international cases, the expectation is that all three members of the tribunal are impartial, and appointing an arbiter earns his client a dedicated expert responsible for communicating his client’s argument to the other arbiters, but in an unbiased way. The finality of the judgment is what makes the process favorable for international disputes. Because of the New York and Panama conventions, which enforce arbitration decisions on parties from member countries, arbitration provides greater accountability and fulfillment for awards such as damages and allows decisions to be domesticated.

The challenges that come with this practice of the law can be as varied as the countries that may be involved. Because parties choosing arbitration agree to forego their right to the court system, there is an added “due process” tension for tribunals to ensure rights to present evidence, witnesses, and filings are preserved. And when defending clients in Latin America, unlike the United States, where more than 90 percent of similar cases are settled before going to court, the idea of mediation is not as prevalent and therefore many more cases seem to reach a final decision, González says.

Coming from a family with deep roots in construction and even stronger ties to Latin America—where he spent considerable time as a teenager—made international infrastructure and commercial disputes a natural fit for González. What has him just as excited about his work today as it did when he started practicing, is the challenge of working across different cultures and legal systems. “At the end of the day,” he says, “we’re all humans, but we come at the law with different perspectives. And different systems of law create different ways of looking at the same issues.”

Picking up Cultural Cues
As much of the world is split between nations that operate under common or civil laws, González has extensive experience trying cases in English and Spanish under both systems, but says that in the end it is not so much that the laws are different, but other factors such as courtroom etiquette and culturally specific expectations from the parties, the judges, and the tribunals make each case unique.

Gonzalez, who spends 42 out of the 52 weeks in a year traveling for his clients and has tried more than 100 cases in his career thus far, says, “You can’t examine a witness in Latin America the same way you would in the US.” For example, he explains that “in the US, lawyers are trained to play down the importance of the opposing side’s expert witness, while in Latin America the expectation is to refer to all witnesses with certain respect or decorum. If the witness is a doctor, you address and refer to them as such. Some of the trial tactics you might see in the US will backfire in many international settings.”

Marisol Sanchez Provides for the People

Getting to know
Daniel E. González

The son of Cuban immigrants, Daniel E. González has made a life and a career for himself in “America’s Cuba”: Miami. He met his wife of 26 years in high school there, attended college and graduated first in his law school class at its university, and has been honored as one of its top five arbitration lawyers.

Thoughtful Design
An attorney in the states arguing case after case in the same circuits and in front of the same judges might be able to predict the outcome of a case. International arbitration, however, always presents a unique set of circumstances. Even if González has previously been before all three members of an international panel, the dynamics of the particular panel coming together will change the conduct of that particular case and its possible outcome.

Just as González tries to adapt to the culture surrounding his cases, he must walk a line between flexibility and steadfastness in dealing with opposing counsel. It may seem ironic, but González welcomes the opportunity to argue with an experienced opposing counsel. The success of a case lies in a thoughtful design that is beneficial to the process, not just one side or another. It is achievable, he says, but “it takes cooperation to get there.”