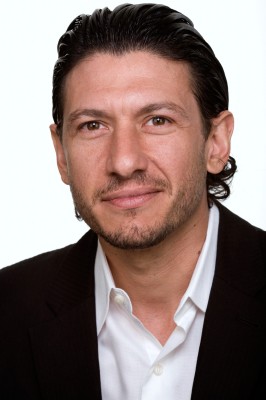 It was the 1980s. Gonzalo Del Fa answered the phone in the middle of the night and set a standard for customer service. On the other end of the line came an impossible request: a customer had lost his credit card and needed to make a payment—from the middle of a jungle in Africa. In the pre-Internet, pre-cell phone 1980s, the fastest form of technology was fax, but no amount of connectivity could bridge the 400-mile gap between Del Fa’s customer and the nearest landline. Settling for nothing but complete satisfaction, Del Fa had the card replaced in the nearest city in Africa and coordinated an immediate ground transport to the customer’s location.

“When a client calls, you have to find every single resource available, even those you may not yet know about,” says Del Fa, president of GroupM Multicultural. At GroupM, Del Fa is leading an effort to maximize clients’ ability to reach and engage a diverse and ever-changing audience through media and branding. “That’s how I began thinking,” he recalls. “It may sound obvious, but when you bring that to a partnership, you build a much stronger relationship.” Del Fa is formally in the business of full-service media investment management operation, but he has become a true craftsman at developing relationships.

Del Fa started at GroupM running the Argentinian operations of one of its holding’s communication planning and implementation agencies. He joined the team after having worked on the media and client sides of the advertising business in both Latin America and the United States. Leveraging the help of mentor Michael Jones, CEO of MEC Latin America, MEC Bravo was born a few years later as the harbinger of GroupM Multicultural. Del Fa distinguished himself by never putting much faith in the old marketing standard of acculturation, which assumed American Latinos had adopted the culture of the United States and could be reached with general market tactics. Instead, he created a new segmentation model that would go beyond country of origin, language spoken, or generation. “The Latino in the United States isn’t just an immigrant bringing a bunch of heritage. The idea that the US Hispanic market is just an extension of Latin America is a fantasy,” says Del Fa. Also a fallacy, he explains, is the idea that Latinos have a linear transition from feeling displaced to acculturated. “At GroupM Multicultural, we use attitudes and behaviors as the defining factors to capture relevant cultural nuances,” says Del Fa. “We drill into consumers’ motivations to understand which values affect and drive their purchase decisions.”

Consumer relationships find their way into the heart of the strategy, as well. GroupM’s new tool, Precision, combines second-by-second analysis of TV-viewing behavior with purchase data to assesses the influence of brand exposure on Hispanic viewers. Through a variety of metrics including penetration, dollar-buying rate, purchase frequency, dollars spent per trip, and units per trip, GroupM is able to uncover which brands are chosen by the Hispanic population. “We all want similar things,” Del Fa says of consumers the world over. “But in a multicultural nation like the United States, the secret is to find a common denominator to develop a cohesive strategy that is inclusive of all target segments while addressing the nuances of each of them. The invisible barriers between multicultural segments and the general market exist only where inroads have yet to be paved.” For their clients, GroupM will continue to use every tool and technique to facilitate relationship building.

“It’s all about relationships,” says Del Fa. “Building them isn’t easy, but they will take you far and last forever.”

Of Mice and Medicine

Dior Vargas Invites Everyone to Join the Conversation