From national television screens to millions of magazine readers, the road to success has been paved with challenges for Carmen Rita Wong as a woman of color. She is the daughter of immigrants, and has worked for nearly two decades in the very white, male worlds of media and finance. Wong not only managed to find and help build a tremendous and powerful community of women across all races, but also reinvented herself many times over, smashing through every closed door and ceiling along the way.

Join Hispanic Executive and Northwestern Mutual on March 2 for a Leadership Luncheon: A Woman’s Worth. Prominent Latino business executives, entrepreneurs, and local influencers will come together for an afternoon of high-caliber networking opportunities and thought leadership exchange featuring keynote speaker Carmen Rita Wong, author and founder and CEO of Malecon Productions. Hear from Wong as she shares her inspiring personal and professional journey as an American Latina of black and Asian descent and the secrets she found to navigating the world as it is, while carving a unique path. 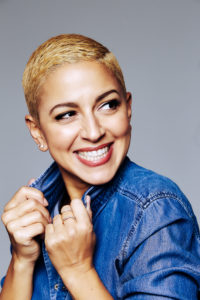 Carmen Rita Wong is a best-selling author and the founder and CEO of Malecon Productions. She is one of the only Latinas on American television to host a national news program as the former co-creator and host of CNBC’s On the Money. Wong has been a national advice columnist for various national magazines such as Good Housekeeping, Latina, Essence, and Men’s Health, and she has written for The New York Times. She also spent years as an expert on NBC’s TODAY Show, MSNBC, CNN, CBS This Morning, and ABC’s The View. A seasoned speaker and moderator, Wong serves on the board of Dress for Success and The Futuro Media Group.