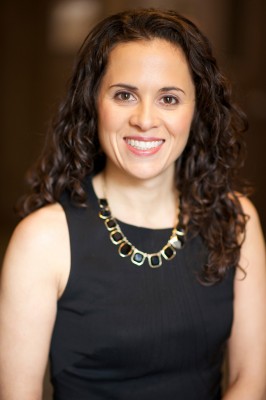 For any general counsel, having solid business acumen is a nonnegotiable. No corporation will settle for anything less. After graduating from the University of Chicago Law School, Lara Guida-Rios started her legal career at the premier law firm Cravath, Swaine & Moore LLP, which she credits with preparing her for a future role in-house that would present varied challenges across multiple jurisdictions. “I got a taste for how to be a general counsel,” Guida-Rios says of Cravath, “—how to consider all aspects of a business, from its risks to management, while offering sound advice to my clients.”

From the ContourGlobal offices in New York City, deputy general counsel Guida-Rios supports the global energy development company through acquisitions, financings, operations, and dispute resolution. ContourGlobal’s diverse energy portfolio, consisting of wind, hydro, solar, and more traditional generation technologies, presents daily and diverse challenges to the deputy general counsel. Each transaction not only tests Guida-Rios’s knowledge of the law but also her ability to work effectively with colleagues, counterparts, and outside counsel in places as far-flung as Peru, Armenia, and Rwanda.
“We do business in so many different legal realms,” says Guida-Rios, “that our challenge as lawyers is to keep up with changing landscapes.”

Fortunately, ContourGlobal has close counsel in each of its foreign operations. For new territories, such as Africa, the scarcity of firms makes development and operations unique. In such situations, Guida-Rios and her team must assess the readiness and capacity of potential partners, from a legal perspective.

Because of its global nature, one of the most rewarding aspects of Guida-Rios’s work at ContourGlobal is the opportunity it lends her to work in Spanish-speaking nations. As a Puerto Rican-American, with family and roots still on the island, she maintains close ties with the region. “There is great diversity in Latin America and at ContourGlobal,” she says. “It’s beneficial for me to have the opportunity to interact with the people in that part of the world.”

In her role as deputy general counsel, Guida-Rios is also ever-conscious of the impact ContourGlobal has on the communities it serves. “It is fulfilling to navigate the regulatory and environmental laws in emerging markets that will support a growing economy,” she says. In Peru, for example, Guida-Rios and her peers are working to bring wind power to a booming economy with increasing energy needs. ContourGlobal’s wind project will be the first of its kind in that country. That the energy will be clean and sustainable is one way Guida-Rios, along with ContourGlobal, feels she is making a lasting impact on the region.