The Consortium of Latino Employee Organizations (CLEO) is a Chicago-originated organization whose commitment to uniting Hispanic and Latino ERGs on a quarterly basis has expanded not only its geographical footprint but also its focus for the future. Founded by Dr. Robert Rodriguez in late 2008, CLEO’s first meeting consisted of 13 Chicago businesses whose only initial common denominator was Rodriguez. With a Bay Area chapter successfully initiated in 2018, CLEO has a lot to reflect on in its last decade and even more to look forward to. 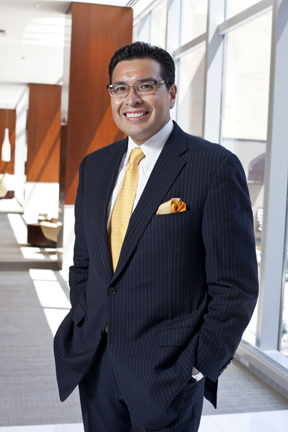 CLEO’s creation originated with the publishing of Rodriguez’s 2008 book Latino Talent: Effective Strategies to Recruit, Retain and Develop Hispanic Professionals. After consulting with a litany of companies, Rodriguez found that while many Latino ERGs were facing the same issues, they weren’t communicating outside of their businesses. The first CLEO meeting was held at Allstate Insurance in Chicago. “In essence, I ended up being the central hub for all these Latino ERGs to be connected to each other and make those introductions,” Rodriguez says.

Rodriguez notes several substantial changes he has seen since the group’s first meeting in 2009. 13 companies have ballooned to 40 due-paying organizations in the Chicago area. And it its first year of existence, CLEO Bay Area is also at 40 members with some of the heaviest hitters of Silicon Valley including Facebook, Google, Pinterest, and Uber. Twitter hosted the group’s latest meeting.  “Having a company like Google or Facebook involved tells the membership that this CLEO group is relevant to Latino ERGS at any industry,” Rodriguez says.

Quarterly CLEO meetings have gone so well, Rodriguez says the groups is working to build more frequently meeting subgroups of companies that may have common interests, be they business or geographical. “That’s something that the members have indicated that they want, so I’m going to help,” Rodriguez says.

Rodriguez also notes that the group is looking to streamline its curriculum for its meetings as well as develop and provide more data that can be easily shared amongst group members. Because all of CLEOs members are Latino ERGs, Rodriguez says it’s an essential time for those who may feel minorities in their own field to come together to share knowledge and experience.

“What allowed for [the immediate organizational buy-in of CLEO Bay Area] was because they saw the success of what we’re doing in Chicago,” Rodriguez says. “CLEO has a good mix of new tech as well as more established organizations, and we’re looking forward to continuing to grow.”

The tenth anniversary meeting is scheduled for Monday, August 27 and is being hosted by Google’s office in Chicago that will include breakout sessions, and a special panel of Latina leaders.

How Smaller Businesses Can Go Global