As SVP of global research and development for Campbell Soup, Carlos Barroso brings knowledge of emerging markets and a passion for the science of flavor to the international food giant

Carlos Barroso was always open to living abroad. Already having emigrated from Havana, Cuba, he and his wife “were always interested in international opportunities,” he says. “We went to Italy with P&G (Procter and Gamble), and that started my career with international business.” Barroso spent 16 years with the company, where he got his first taste of global research and development (R&D) and, less expectedly, discovered a love for the food industry.

Whether dealing in R&D or any other industry, Barroso has mastered the process of examining formulas and recipes—everything from production to packaging. “I love the idea of writing a recipe, using science to perfect it, and then actually seeing the product on the shelf,” he says. 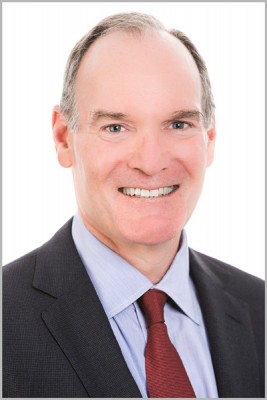 In 1996, Barroso was hired by PepsiCo as its senior vice president, where he oversaw all R&D including Frito-Lay North America and Quaker Food and Snacks.

He also received two patents related to his work on improving flavors. Barroso focused predominately on the Latin American division and traveled back and forth between Dallas and Mexico City, but as time went on, he also picked up responsibilities in Asia, and then eventually took on a more global position.

Aside from spending more time on planes, Barroso gained a deeper understanding of the main differences between local and global R&D and product performance. “In India, for example, there are some snacks that wouldn’t have translated well across borders,” he says. He was able to specialize on connecting initiatives between geographically beneficial businesses instead of wasting time with trial and error.

Now, at Campbell, Barroso has spearheaded R&D leadership training programs that help employees become better technical and people leaders. “I have a strong bias that future leaders should be taught by current leaders,” he says. “This helps team members gain expertise, exposure, and build relationships that can lead to mentoring, sponsorship, and in-company career growth.” One of these programs, called R&D College, is an experience geared toward emerging leaders, where students learn about being successful by leveraging their personal style and strengths.

“We need to be more flexible than we have been in the past. We want to make sure we are training people to adapt quickly,” Barroso says. His own leadership team uses case studies and personal experience to develop strategies. “In R&D, continuous learning and agility are critical. The number-one trait I look for is technical curiosity and the desire to continuously learn.”

Passionate about encouraging the next generation to enter STEM fields, Barroso  also served as chair of the external advisory board for the School of Chemical and Bimolecular Engineering at his alma matter, the Georgia Institute of Technology.

Part of Barroso’s success as teacher and developer comes from his previous business as a consultant. Barroso founded the R&D consulting agency CJB and Associates in 2009. His clients included Fortune 100 companies such as Starbucks, Walmart, and Hillshire Brands. When Campbell Soup Company approached him, he initially thought he was gaining a prospective client. What he didn’t realize was that they planned on hiring him.

His top priorities at Campbell include looking for avenues for growth in each of the company’s three core categories (soup and simple meals, snacks, and healthy beverages), advancing the innovation culture, and elevating the consumer eating
experience.

Barroso recently stepped into the role of executive sponsor of the Hispanic Network de Campbell (HNdeC), one of the company’s nine employee resource groups, or business resource affinity networks. “I participated in an HNdeC event my very first day and knew that when the time was right, I would take on a more formal role.”

The HNdeC is focused on delivering business value, strengthening connections to and among Hispanic talent, and giving back to local communities. One such local effort, Volunteers Engaging Neighbors, is a program that aids Spanish-speaking families in the Camden, NJ, area by providing parents with tools and resources to help them support their children’s academic success.

“The Hispanic Network is a business opportunity driven by the explosion of Hispanic households in the US … It helps us tap into our own Hispanic employees to attract, engage and develop Hispanic talent and better connect to this growing consumer base,” he says. “It’s also nice to celebrate your own heritage.”

Different and Better: How Owens Corning Stays One Step Ahead

Get Ready to Rock the Vote