Anna Maria Chávez has dedicated her life to advancing women’s leadership and youth development, advocating for opportunities for those that might otherwise not get them. At the recent International City/County Management Association (ICMA) Annual Conference in San Antonio, Texas, she was able to ignite and stoke that same passion in a crowd of thousands of local government decision makers, exhibitors, and guests from around the world.

“I was thrilled to be invited to speak at the conference because I have such admiration for individuals who support local communities,” Chávez says. “My desire is that people come away with hope and a call to action to make a difference daily. We have the power and ability to model the behaviors that inspire others to act, and we need leaders to build environments that support and inspire moral leadership especially during these times of change and social challenge. Great leaders not only take on the easy fights, they make all moral fights look easy.” 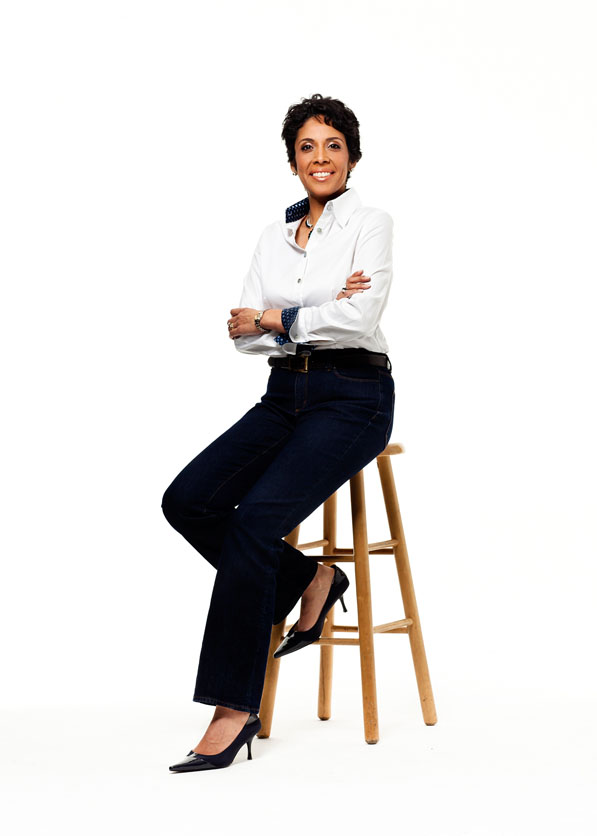 Chávez has been a public servant and nonprofit leader for twenty-five years, including a recent stint as the first woman of color to lead Girl Scouts of the USA. While she never intended to become a role model, the mentors she learned from early in her career inspired Chávez to share that same encouraging spirit with others.

In her keynote speech at the conference, Chávez spoke about the importance of making a daily impact and encouraging diversity and inclusion. “Inclusion means providing diverse people with an actual seat at the table, a voice in decisions that can drive progress, profit, and positive change,” she explains. “We need to continue engaging policymakers, leaders, parents, and teachers about these important issues.”

That lesson clearly resonated with the four thousand-plus public servants at the 2017 conference, as Chávez’s speech received a rousing standing ovation. While there are still many people left out of the discussion and left feeling disempowered, Chávez finds it encouraging that so many individuals will go out to their own communities, ready to make a difference.

“There is a lack of diversity at the highest levels of leadership in the country, from corporate boardrooms, to CEO positions in nonprofits, to leadership roles in government and academia,” she says. “But if we are going to create and scale opportunities, we need to include more people from diverse backgrounds and perspectives in the creation of our solutions and game changers.”