By leading diversity efforts at UBS and ALPFA, Will Robalino helps both groups maximize impact

Will Robalino has spent his entire career in financial services. He explains he got into the industry a bit by luck—his initial aspirations were to work at one of the large public-accounting firms, but a college internship via Sponsors for Educational Opportunity (SEO) at Morgan Stanley inspired a change in his profession.

Over the last nearly 20 years, he’s had a successful and diverse career in financial services. When Robalino initially joined UBS in 2007, he was in charge of the rates business. “In the last five years since coming to UBS, the rates business grew and I’ve taken on exotic options, mortgages, structured repos, the commodities business, foreign exchange, money markets, and fixed-income financing,” he says. Today, the 41-year-old serves as the executive director and regional product controller for fixed income rates, foreign exchange, and commodities.

When asked about the key strategies to his success, Robalino suggests first and foremost it is his willingness to ask for what he wants. “I am a big believer that you have to be transparent. You have to be willing to ask,” he adds. Robalino has also learned the qualities required to be a strong leader. Today he leads a high-performing team of 26 and takes pride in building a team that has stood the test of time with very little employee turnover.

While his prime responsibilities at UBS keep him focused on the job’s daily demands, Robalino also holds what he refers to as two “part-time” jobs. First, he coleads the diversity initiative for the finance division at UBS. Through his former involvement in Lehman Brother’s program, Robalino introduced a strategy to UBS’ finance division based on four pillars: inclusion, awareness, recruiting, and retention. He explains UBS, being a European company, is very supportive of what the US office is trying to accomplish.

Robalino was awarded UBS’ CFO [chief financial officer] Leadership Award in 2012 for his role as a controller as well as a diversity leader within the organization. His efforts have made an impact on the investment bank’s bottom line. “By helping our firm attract the best diverse talent, we help deliver creative ideas and enhanced solutions that translate to better bottom-line results,” he says. “I lead diversity at UBS not because I want to see more diversity in the workplace for the sake of diversity, I want our firm to be the best it can be and diversity is one way to remain competitive.”

His second obligation is outside the office as president of ALPFA New York, a group dedicated to building and developing Latino leaders. Robalino adds, “I really enjoy helping our next generation, providing opportunities they might not have had otherwise, or simply just improving their opportunity set.” 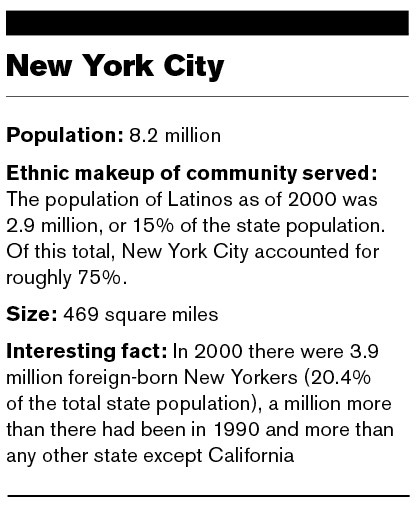 He became a member of ALPFA in June 2010. Robalino explains he originally joined because as he developed the diversity strategy at UBS, he felt they should align themselves with other organizations. Within months he was appointed to lead ALPFA as it’s chief financial officer and in 2011–2012, tapped to be its president.

In his first year as CFO in 2011, membership grew from 1,200 to 2,100. By bringing together corporate partners and motivating volunteers, Robalino and the ALPFA board organized 20-30 professional development events in his first year. Both accomplishments were achieved because Robalino models leadership. “Leading by example is about putting on a brave face, even when you’re frustrated, disappointed, or feel the task is extremely challenging. Leading through action is about giving everyone the sense of confidence that, as a team, we can do anything,” says Robalino. “Once we started to grow, people started to buy into the various strategies we set forth and started to work harder to make them a reality.”

His involvement in furthering diversity at UBS and as president of ALPFA has required Robalino to make some sacrifices most felt by his family, who happen to be his greatest supporters. Robalino believes in his ability to make a difference. He explains vision for both organizations will require an ongoing commitment of his time and attention. Receiving letters or hearing stories from young professionals or coworkers about how these organizations have made an impact in their lives makes Robalino feel all the energy spent has been worthwhile and pushes him forward.”

Swinging for the Fences