Teamwork is seldom second nature to attorneys—after all, they are trained to find answers in a very singular and conclusive manner. Elisa Garcia, executive vice president and chief legal officer at Office Depot, knew this to be true back when she served as general counsel for Domino’s Pizza and became part of a management team for the first time. Sitting in meetings, offering her legal opinion seemed to be what was expected of her—until her superior at the time, Dave Brandon, explained otherwise. 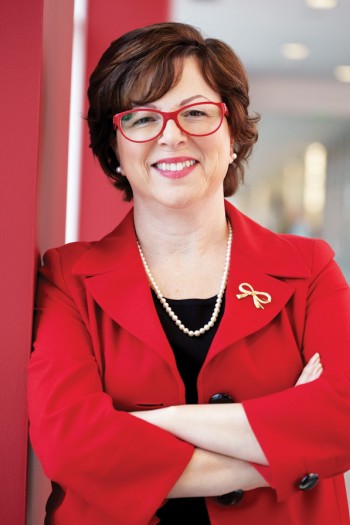 “He encouraged me to give my all as a leader,” Garcia recalls. He meant that he wanted Garcia to be a lawyer without sacrificing her personal side (the one that was trying to decide what to fix for dinner at 4:30 every afternoon) or her professional persona.

As she learned what it meant to give her all, Garcia’s responsibilities increased accordingly. “I started off managing a small legal department, and ended up managing the entire franchise services department,” she says.

When she started at Office Depot in 2007, she felt well prepared to manage a team. Now Garcia oversees a 50-person legal staff as well as a loss-prevention department of more than 100 employees. She has learned the importance of ensuring her staff understands how the company makes money from the distribution facility to the retail store shelf. “You really appreciate what goes on there when hundreds of thousands of dollars in orders come in every day, resulting in people and machines picking that one pen off a shelf in a magnificently large warehouse,” Garcia says. “Understanding how the entire process works is essential to how you do your job.”

Her managerial role also brought into sharp focus the importance of a skill she calls listening to learn. “A lot of times clients come to us saying, ‘I want to do this,’ but what they may not realize is that what they want to do is perhaps illegal, or marginally illegal, or just bad business practice,” she explains. “So we really have to dig in and find out what it is they’re really trying to accomplish.”

Listening was never more important than when Office Depot began the process of merging with OfficeMax, a move that became official in November of 2013. The merger is something Garcia had been working on as far back as 2007, but she points to October 2012 as the time the “real work” began.

The merger proposal was then announced in February 2013, with the Federal Trade Commission (FTC) approval coming in November. “I think the lawyers were the unsung heroes of that merger transaction,” Garcia says. “It was huge. So many people did not think it could be done.”

There was actually good reason for some to presume it wouldn’t happen; in 1997, the FTC blocked an attempted merger with another competitor, Staples. Times were different then. The FTC had defined a market of office supply superstores, concluding that two of the top three couldn’t be allowed to combine. But as Office Depot revisited the idea over a decade later, it became clear the company’s competitors had spread out to include retail superstars such as Costco, Sam’s Club, and Wal-Mart, not to mention online outlets like Amazon. The time for another merger attempt was ripe, but after hearing “war stories” from the first go-around, Garcia knew a less aggressive approach was imperative.

“I was able to put together the right team of lawyers who could work with the FTC,” Garcia says. “There wasn’t a lot of bravado. They really worked well with the staff, were extremely analytical, knew what the econometric data said, and knew how to translate for the economists at the FTC as well as the lawyers. It was a very cooperative and thoughtful process.” Even more importantly, it was effective.

With both companies competing against each other for decades—Office Depot was established in 1986, OfficeMax in 1988—sharing information about anything other than each company’s organizational structure was ill-advised until the merger became official on November 5, 2014. Consequently, integration between the two has been underway a relatively short time. As for retail store closings, openings, or changes to either store’s respective banner, Garcia says those decisions will only come following a “huge store rationalization project” designed to better understand their presence in different markets as well as the profitability of current stores.

Garcia can already attest to the benefits of the merger. “Together we’re much stronger,” she says, knowing the market as she does. “We can obtain hundreds of millions of annualized synergies, a stronger buying position, and an ability to be the outlet for our vendors’ products.” It could be argued that Office Depot’s legal team is stronger, too. “We are frequently tapped to lead mentoring opportunities in other departments,” Garcia says with pride. “We are ‘talent central,’ and because of that we get to know the business at many levels,” she says. “I’m pleased the organization has recognized that.”

Freddy Jimenez Lifts Up the Next Generation