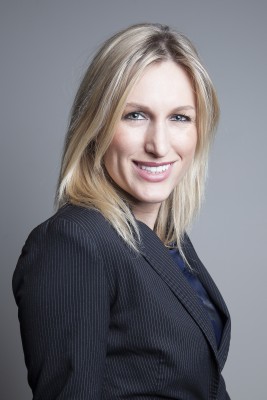 The term “Internet revolution,” not even two decades old, now sounds ridiculously outdated. What revolution has replaced it? I can think of a few: the cloud, social media,  and information technology  (IT) revolutions—or perhaps more accurately, evolutions. Let’s combine them and coin a new term here: the SAWAI (share anything with anybody, instantly) revolution.

Love it or hate it, social media is MVP to the IT sector. LinkedIn, Facebook (which owns Instagram), and Twitter have been publicly traded companies since 2011, 2012, and 2013, respectively, and each is worth well over a billion dollars. They’re not just for selfies, self-promotion, and anonymous stalking; these spaces have become a major part of our presence in the global professional world. I won’t even bother going into the role social media plays in modern dating.

What do you do if you’re having a meeting or an interview with someone you’ve never met before? Don’t pretend that the answer isn’t  to look them up on LinkedIn, Facebook, and Twitter. Because it is possible to go online and get a sense of who someone is before we meet them, we all do it. That is why controlling and cultivating your online brand, or “someone’s first impression,” as Ileana Rivera puts it (p.74), is not just important—it’s vital.

There are certainly lines to draw when it comes to social media usage, but “kids who are 10 to 15 years old today will be your employees and your clients in 10 years,” as Rivera reminded us in her 2014 Cisco Connect keynote speech in Madrid, “El Futuro de Todas las Cosas.” As we’re all aware, nobody is better at navigating devices and using social media than the next generation. “So if we’re not paying attention to these trends,” Rivera says, “we’re late.” Keeping up with—and learning to control—our social media is essential to our professional lives.

Rivera, who manages IT for Cisco; Myrna Soto, who keeps Comcast’s networks secure; and Andre Arbelaez, president of the Hispanic IT Executive Council (HITEC) and chief strategy officer for Softtek, know just how ingrained social media and IT are. Rivera and Soto also sit on HITEC’s board of directors—Soto as VP—alongside Facebook CIO Tim Campos (HE Top Ten Líder 2014) and Lockheed Martin’s head of information systems and global solutions, Haden Land (p.56).

The SAWAI revolution is well underway. My advice to you? Únete a la red. Be a part of this one.

Discovering the universal truths about food

At Bank of America, Andy Velez Levels the Playing Field

Genaro Perez Jr. Knows His Network (and How to Use It)