Join Hispanic Executive for the first 2019 Uniting Powerful Leaders Dinner, an exclusive gathering taking place at The Wilson in the heart of NoMad. This private event, in partnership with 1888, will bring together distinguished leaders who have been profiled in the pages of Hispanic Executive magazine, as well as notable regional Latino executives in a union that celebrates the power of the Hispanic business community and its leadership.

Guests will enjoy dinner and an exciting pairing with 1888, an extraordinary rum produced in the Dominican Republic. The event will feature an exclusive tasting with Pavol Kazimir, Brugal 1888 global ambassador.

This event is by invitation only 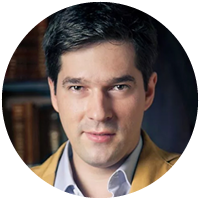 Pavol Kazimir has been part of Brugal for five years, and he currently holds the position of 1888 Rum Global Ambassador and is responsible for 1888 rum education internationally.

Born in Kosice, Slovakia, Kazimir didn’t intend to pursue a career in the spirits industry—studying economics in college—and happened upon what inevitably became his passion, incidentally, after taking a job bartending while he was a student in Germany. Through bartending, he began to understand the art of mixology and learn the complexities of spirits, which he found had many similarities to cooking and was just as fascinating. Additionally, bartending opened the door to meeting some of the top bartenders and mixologists in Europe and the United States, who helped him hone his craft and acquire the skills needed to be a professional spirit taster.

While Kazimir’s passion for spirits in general remained strong, the focal point quickly turned to rum, after he spent years traveling the world attending various Rum Fairs. During this time that he was introduced to Brugal and it was his instant connection to the brand, the legacy, and the level of commitment to creating a superior product that took him to the birthplace of Brugal, the Dominican Republic, to learn more about their unique and intricate blending process and master his skill in rum tasting.