The value of servant leadership 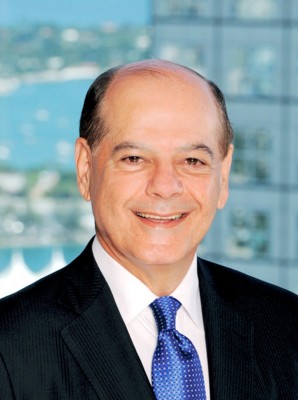 Servant. Leader. Mentor. This is how Cesar L. Alvarez describes his role as executive chairman of Greenberg Traurig—one of the largest Hispanic-chaired firms in the country. The firm has been recognized as the fastest-growing law firm in the United States over the last five years, and is the seventh-largest law firm in the country, thanks in large part to Alvarez’s “servant leadership” philosophy and business-oriented approach. “Organizations can give you titles but only the people you serve can make you a leader,” he says. Before climbing to his current role, Alvarez was Greenberg Traurig’s CEO for 13 years, directing the firm through its dramatic growth over the years. Not bad for a Cuban immigrant who could not speak a word of English when he first arrived at age 13. Alvarez dedicates the little free time he has to charitable work.

Greatest mentor and why: During my early years at Greenberg Traurig, I worked very closely with and under the guidance of Larry Hoffman, whom I consider a father figure. Larry was and is my greatest mentor. He knows when to pat me on the back and when to kick me in the rear. He is brutally honest yet incredibly supportive—the ultimate combination for a great mentor.

Biggest regret: Not having a balance between my work and my family

What advice would you give to others hoping to follow in your footsteps in the ultra-competitive legal field? Invest in yourself and always have an ownership mentality

Greatest accomplishment: In just one decade, we were able to take a law firm that did not place among the Am Law 200 to a position among the top 10 and surpass $1 billion in revenues

Number of years with Greenberg Traurig: 38

What charitable organization or cause is closest to your heart? I am the Chair of the American Bar Association’s Commission on Hispanic Legal Rights and Responsibilities; a member of the board of directors of the National Council of La Raza; and on the board of the Kozyak Minority Mentoring Foundation

Food for thought with Susan Santiago of Hyatt Hotels Corporation