The Prospect Mortgage core team, led by Dan Nieto, is a real-world example of how diversity at the leadership level drives results

The mortgage industry is a giant umbrella over dozens of unique positions. It’s notoriously competitive. Life inside is hectic and fast-paced. Not everyone can hack it, and employee turnover is high, compared to most other industries. Those who stay succeed by making strategic moves for higher-level titles and better compensation. 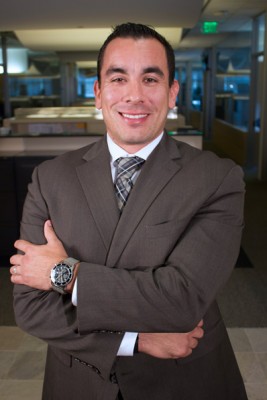 The heavy turnover rate can make life hard for people like Dan Nieto. He’s the chief talent officer for Prospect Mortgage, one of the largest independent residential retail lenders in the country. After studying journalism and criminal justice, Nieto took a job in recruiting in 2000 and has grown up in the mortgage industry ever since. But he’s not fazed by the difficult nature of his business. In fact, he’s pushing back against it with a secret weapon—diversity.

Since 2008, Nieto has managed Prospect Mortgage’s recruiting team. He and a staff of 35 sales recruiters, onboarders, and project managers train and hire new recruits, providing each one with their personal concierge that walks alongside the new employee for his or her first two years at the company. And while Nieto has the final say on all hiring decisions, he hasn’t issued a top-down mandate calling for diversity. Instead, he prefers to lead by example. Nieto’s own department includes a mix of ages, races, and genders. “We’re proving that diversity can be done, and when others see it working and see what it adds to my team, they want to do it, too,” he explains.

When Nieto makes hiring decisions, he does so based on the best talent. “Talent has no color, age, gender, or religion,” he says. “We’re not necessarily looking to hire every minority. But we are looking to make diversity a core value.” That’s because Prospect Mortgage does business in 49 US states, and a mix of talented minorities adds value to the company by reflecting the communities the company serves.

That, Nieto argues, gives the company credibility and a competitive advantage. “We’re not about the classes—we’re about the masses. Home ownership is the American dream, and we want to make sure we can cater to everyone.”

Several of Prospect Mortgage’s 30 divisional, regional, and market-area managers are females and ethnic minorities, as are many company executives. Nieto got his first industry job at 22 and was running a team by age 24. He believes in taking a chance on talent regardless of age, and promoting based on performance rather than tenure or relationship. “Your success should stand alone. If you’re a rookie, and you come out and dominate, you’ll wind up in the all-star game.” In fact, Nieto helped the company launch a rookie program in 2012 that pairs recent college graduates and millenials with mentors who help train a new class of younger, more diverse mortgage professionals.

Another event, created in 2011 to further attract candidates from across the country, is the Day of Dominance event. “We want people to really understand who we are and what we do. We’ve lengthened the on-boarding process, and when people join us, they step into our family,” Nieto says. Monthly, he invites his top 10 or 15 prospects in to see the entire company and meet each executive. Instead of meeting a local manager for an hour, these recruits do a deep dive into what makes Prospect Mortgage and its employees successful. The day-long event helps those candidates make better decisions, and those who join usually stay.

NextGen Collective: My Ascent in the Beauty Industry

As technologies like Skype and Facetime and social-media platforms like LinkedIn continue to change the interview and selection process, Nieto says getting to know and understand a candidate become has become easier but more competitive. The interview process becomes less rigid and more conversational. And once employees come on board, technology continues to play a major role. The concierge teams help new hires get trained more quickly and efficiently through webinars, and they also set new hires up with their own web pages and social media sites to help them get marketed.

As a Latino, Nieto encourages other Latinos to consider entering the mortgage industry. “Almost everything you can study in college exists in our business,” he says. “Housing helps steer the economy, and there’s a lot of potential in this sector.” He’s living proof that minorities can not only succeed in the industry—they can thrive. “Early on, I had to work harder to prove that I belong in a field that certainly wasn’t as diverse as it is now,” he says. “But that’s changing.”

Professional associations say the average industry sales employee is a 57-year-old white male. “It’s not going to stay that way forever,” Nieto says. “That’s not America anymore. And we’re a company that reflects where America is going.”

The Man who Protects the CME’s Futures from Cyberthreats